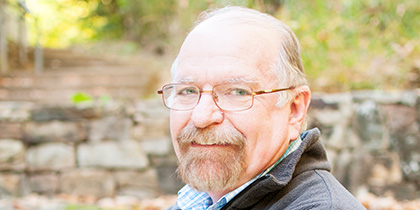 Kevin Coyle is Vice President for Education and Training at the National Wildlife Federation, where he coordinates its education and volunteer programs reaching more than 11,000 schools, a thousand institutions of higher education, and seven million children and adults. Programs include: Eco-Schools USA, Schoolyard Habitats®, Community Wildlife Habitat™, Certified Wildlife Habitat®, Trees for Wildlife™, Mayors' Monarch Pledge, EcoLeaders, green job training, and children and nature efforts. He joined the Federation in 2005.

Prior to working at the Federation, he served 10 years as President and CEO of the National Environmental Education Foundation, a congressionally-authorized NGO that promotes U.S. environmental literacy and, before that, was President and CEO of American Rivers, the nation’s principal river conservation organization. He was also a founding board member and Vice President of River Network and was co-founder and first President of the American Land Resource Association. Prior to service with public interest organizations, Coyle worked for the Department of the Interior as the Assistant Regional Director for state and local grants and planning for the Northeast United States.

He has been honored by Paddler magazine on the list of “top ten river conservationists of all time” and has received the Interior Department’s prestigious Meritorious Service Award. He also shared in the White House’s “Reinventing Government” award (2000) for developing National Public Lands Day. In March 2005, he received an Award of Honor from the U.S. EPA for overall support of the field of environmental education in the U.S. and the Natural Resources Council of America Honor Award for educational outreach 2007 and 2008 for helping former Vice President Al Gore develop his award-winning film and book, An Inconvenient Truth, into a training program for activists. Coyle has served on a number of NGO boards, including chairing the Potomac Conservancy and as Chair of the Natural Resource Council of American for five years, from 1996 to 2000. He joined the board of the National Recreation and Parks Association in 2013.

An attorney, he has a Juris Doctor degree from Temple University, and a degree in social work from LaSalle University.