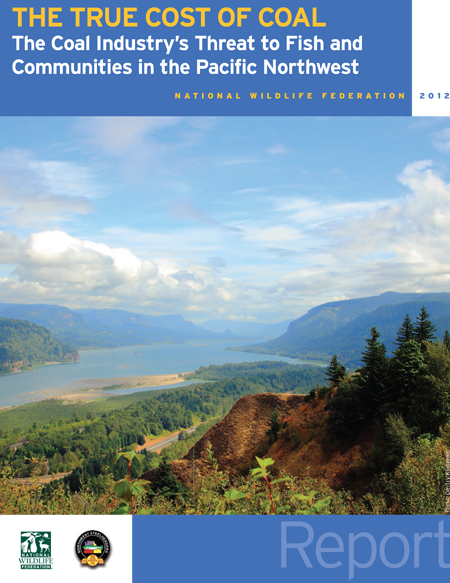 The era of Big Coal in the United States is on the ropes. Over the last decade we have steadily reduced our reliance on this dirty fuel, both because of its impacts on public health and our global climate, and because coal has been eclipsed by cheaper, cleaner energy options. But despite the gains we have made, the coal industry remains a political powerhouse that isn’t going down without a fight: Peabody Energy, Arch Coal, and the other mega-producers have now set their sights on the Asian market, where pollution and climate concerns have taken a backseat to a rabid demand for cheap energy.

In an irony lost on no one, the cheapest and fastest route from the western coal fields of the Powder River Basin goes straight through the Pacific Northwest —– a region that is probably the most environmentally conscious in the country. People in the Pacific Northwest know how important a clean environment is to their economy and quality of life, whether that means healthy salmon runs or clean air and water. Sportsmen, Tribes, and citizens everywhere know they face a choice between those values and the opportunity to become a stopover for one of the world’s dirtiest industries: To date, Big Coal has proposed at least six export terminals in Washington and Oregon. If all of them are built we could see 150 million tons or more of coal moved by rail, barge, and tanker every year through those states.

Until recently, coal exports weren’t even on the list of people's concerns for the Columbia River, Puget Sound, and the other rich but fragile fisheries in Washington and Oregon. Decades of overfishing, pollution and impassible dams took their toll, but progress has been made in recent years as cities and towns prioritize smart development, fish habitat is being restored, Columbia River dams are allowing more juvenile fish to pass and the Northwest’s remaining coal plants are being shut down. Fishing remains a multi-billion dollar industry in the region, so when evidence surfaced that the world’s dirtiest industry was planning an all-out blitz, residents began to take notice and speak out.

In The True Cost of Coal, we examine the likely impacts these projects would have on the communities and ecosystems in their path, with a focus on the danger posed to fisheries and the people who depend upon them for their livelihoods, recreation, and cultures.

The dangers the Pacific Northwest faces from exporting coal include:

We also peel back the curtain on the companies behind the rush to export, and the lessons are clear: Big Coal has razed, dynamited, and excavated immense swaths of once-pristine areas like the Appalachian Mountains and the Powder River Basin, leaving behind a toxic legacy of pollution and shattered communities. Not only is the mining process a fundamentally destructive one, but, as a whole, the coal industry has earned a reputation for unscrupulous—and often illegal—behavior. As if the point needed any emphasis, they have already gotten off on the wrong foot in the Northwest, deceiving regulators about the scope and size of their latest export plans. It is the wrong industry, at the wrong place, at the wrong time.

We have an opportunity to say “NO!” to coal, but it will take a united effort by citizens, states, and the federal government. So far the first two groups have stepped up to the plate, with a growing coalition of diverse Northwestern voices opposing the plans: the health community, conservationists, tribes, fishermen, faith leaders, elected officials and many others. All agree that these proposals contradict deeply held regional values, and come with too high a price. As such, this report is a call to action for Americans to stand up against Big Coal to protect our natural resource legacy and public health.

But the local and regional voices may not be sufficient to push back against the multi-billion dollar expansion plans that Peabody Energy, Arch Coal, and others are determined to push forward.

Given the broad impact that increased coal shipments will have, not only on the local communities and the region’s critical natural resources, but also on the global climate, national scrutiny and oversight is essential. And national leadership to pursue an alternate energy path for our country is urgent. We lack crucial data on these issues, and National Wildlife Federation recommends a series of policy steps to ensure that we know the full extent of these proposals’ impacts on our environment and public health. A full list of recommendations can be found at the end of this report.

The coal industry’s threat to fish and communities in the Pacific Northwest.