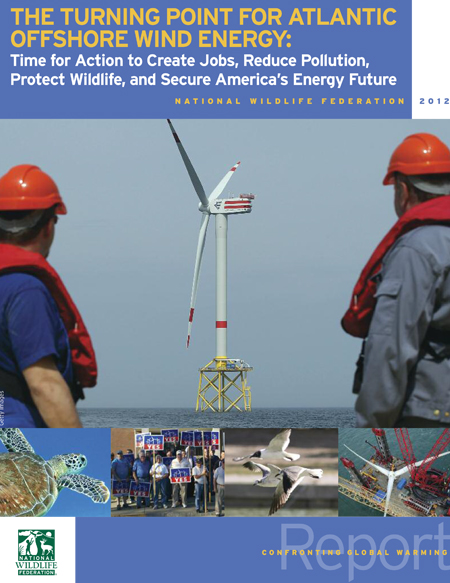 As America struggles to revitalize our economy, create jobs, secure an energy independent future, and protect our communities and wildlife from the dangers of climate change, one energy source offers a golden opportunity to power our homes and businesses without creating more pollution —– Atlantic offshore wind.

America has some of the best offshore wind resources in the world, particularly along the Atlantic coast where over 1,300 gigawatts (GW) of energy generation potential has been identified. Harnessing just a fraction of our offshore wind resource —- 52 GW —- could power about 14 million U.S. homes with local, pollution-free energy while creating over $200 billion in new economic activity along the coast.

Offshore wind energy is a real, viable option for America and it’s ready right now. Europe has been building offshore wind energy for over a decade, and is currently producing enough electricity from offshore wind to power 4 million homes. Around the globe, countries are increasingly looking to their offshore winds as a safe, reliable energy source that has tremendous economic development benefits.

Here in America, offshore wind energy is at a turning point. While we do not have a single offshore wind turbine spinning off our shores, recent actions by the federal government, along with bipartisan leadership from coastal state officials, have put critical building blocks in place —– bringing us closer than ever before to finally tapping this massive domestic energy source. Looking forward, action is urgently needed to ensure that appropriately-sited offshore wind energy becomes a reality for America.

KEY FINDINGS OF THIS REPORT INCLUDE:

The Federal government is leading an ambitious initiative to deliver offshore wind energy in the Atlantic Ocean, with leases expected this year:

Many coastal states are leading the way in building a clean energy future with offshore wind:

OFFSHORE WIND ENERGY CAN BE DEVELOPED IN A MANNER THAT PROTECTS WILDLIFE.

A THRIVING OFFSHORE WIND INDUSTRY WILL BE AN ECONOMIC POWERHOUSE FOR AMERICA.

OFFSHORE WIND ENERGY CAN PROVIDE AFFORDABLE, RELIABLE POWER WHEN AND WHERE WE NEED IT MOST

URGENT ACTION IS NEEDED TO BUILD ON THIS MOMENTUM AND ENSURE THAT OFFSHORE WIND ENERGY BECOMES A REALITY FOR AMERICA.

America has made significant progress over the last two years in pursuing offshore wind energy, but we still have a long way to go to catch up with the rest of the world and finally harness our largest untapped energy source. Leadership by the states and federal government is critically needed to build on this momentum if we are to make the most of the golden energy opportunity sitting right off our shores.