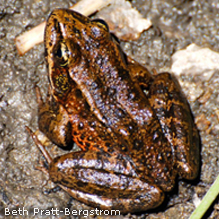 Living Near Nature is Linked to Lower Healthcare Costs

This Bill Could Breathe New Life Into Our Forests