"We can save North America’s honey bees, native bees, birds, bats, and butterflies, but only if we act quickly." 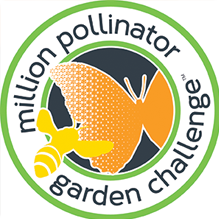 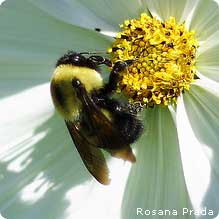 The National Wildlife Federation is joining with dozens of conservation and gardening organizations as well as seed groups to form the National Pollinator Garden Network and launch a new nationwide campaign – the Million Pollinator Garden Challenge. Designed to accelerate growing efforts across America, the Network is launching the Challenge in support of President Barack Obama’s call to action to reverse the decline of pollinators, such as honey bees, native bees and hummingbirds, as well as monarch butterflies.

Collin O’Mara, president and chief executive officer of the National Wildlife Federation, was among the representatives of the Network joining First Lady Michelle Obama today at the White House garden, which includes a section dedicated to support pollinators, to formally launch the Challenge. O’Mara pledged the Federation’s support through the Garden for Wildlife program (NWF.org/Garden), which offers Americans the opportunity to make their yard, garden or community space into an NWF Certified Wildlife Habitat that supports pollinators.

“Pollinators are keystone species that provide the foundation of entire ecosystems, keeping our food growing and flowers blooming. But it’s clear many pollinator populations are passing a tipping point due to a combination of threats, and it’s going to take every American doing their part to reverse their decline,” said Collin O’Mara, president and CEO of the National Wildlife Federation. “We can save North America’s honey bees, native bees, birds, bats, and butterflies, but only if we act quickly and together to build and restore wildlife habitat at our homes, businesses and community spaces.”

The National Pollinator Garden Network collectively represents nearly one million active gardeners and 15,000 schoolyard gardens. The Network is challenging the nation to reach the goal of one million additional pollinator gardens by the end of 2016. The Network will work to provide resources for individuals, community groups, government agencies and the garden industry to create more pollinator habitat through sustainable gardening practices and conservation efforts.

Pollinators fertilize plants, allowing them to reproduce and produce seeds and fruits. They’re critically important for the health of natural ecosystems as well as for agriculture. Honey bees, native bees, butterflies, moths, beetles and other insects, as well as hummingbirds and certain bats are important North American pollinators. One third of all the food we eat is the direct result of animal pollinators, contributing $29 billion to America’s food production, according to a Cornell University study.

Pollinator declines in recent decades have been steep and severe. Native bees are in decline due to a combination of factors, including habitat loss, parasites and pesticides. Monarch butterfly populations were at one billion as recently as 1996, but their numbers have declined by approximately 90 percent in recent years, a result of numerous threats, particularly loss of habitat due to agricultural practices, development and cropland conversion. Degradation of wintering habitat in Mexico and California has also had a negative impact on the species.

As noted in President Obama’s 2014 Presidential Memorandum on Pollinator Health and recently released National Strategy to Promote the Health of Honey Bees and Other Pollinators, federal action combined with private sector partnerships and strong citizen engagement can restore pollinator populations to healthy levels. Pollinator gardens provide one way to reverse that decline by offering food, water, cover and places to raise young for honey bees, native bees, butterflies, hummingbirds and other pollinators.

“If we all work together — individuals, communities, farmers, land managers, and local, state, and federal agencies — we can ensure that every American child has a chance to enjoy the beauty of creatures like bees, monarch butterflies, and hummingbirds,” said O’Mara. “By joining forces with the National Pollinator Garden Network on the Million Pollinator Garden Challenge, the National Wildlife Federation and our affiliates are amplifying these collective efforts to address the growing threats affecting so much of America’s treasured wildlife.”

To tackle these challenges, the National Wildlife Federation will work with the Network to rally hundreds of thousands of gardeners, horticultural professionals, schools, and volunteers to help reach a million pollinator gardens by the end of 2016. Any individual can contribute by planting for pollinators and certifying their habitat. Every habitat of every size counts, from window boxes and garden plots to farm borders, golf courses, school gardens, corporate and university campuses. Everywhere we live, work, play and worship can, with small improvements, offer essential food and shelter for pollinators.

The National Wildlife Federation’s 42-year-old Garden for Wildlife program is the largest network of wildlife gardeners in the nation, with almost 200,000 Certified Wildlife Habitat gardens that help pollinators. The Federation and our state affiliates will challenge and educate its millions of members and supporters in the act of creating and certifying pollinator gardens to contribute to the Million Pollinator Garden Challenge.

Learn more about certifying backyard habitat for pollinators and the Million Pollinator Garden Challenge.
Listen In!

Listen to the full teleconference here.