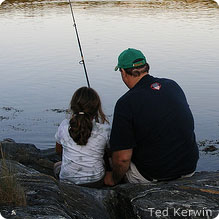 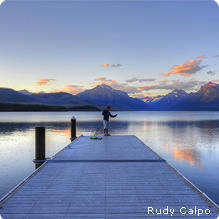 Download the PowerPoint presentation of the full national results.

"As every hunter or angler knows, ducks need healthy wetlands and fish need clean water—it’s that simple," said Collin O’Mara, president and CEO of the National Wildlife Federation, which commissioned the poll. "Everyone on Capitol Hill should take note: clean water has the bipartisan support of millions of sportsmen and women across our nation—and these men and women vote."

One of the poll's key findings is that more than 8 in 10 of the hunters and anglers (83 percent) surveyed thought that the Environmental Protection Agency should apply the rules and standards of the Clean Water Act to smaller, headwater streams and wetlands. Support for this policy was strong across the political spectrum with 77 percent of Republicans, 79 percent of Independents and 97 percent of Democrats in favor.

"The results of this poll are unambiguous: America’s hunters and anglers care very deeply about water quality," said Al Quinlan, the president of Democratic polling firm Greenberg Quinlan Rosner Research. "It is unusual to see such intense levels of public support for any issue."

The bipartisan research team of Public Opinion Strategies (R) and Greenberg Quinlan Rosner Research (D) partnered on the survey of 1000 registered voters who also hunt or fish. The sample leaned conservative—38 percent of those polled were Republicans, while just 28 percent were Democrats. Almost half of those surveyed (49 percent) said they considered themselves a supporter of the Tea Party.

"It would be hard to find a more conservative group than the hunters and anglers we polled," said Lori Weigel, a partner at the Republican polling firm Public Opinion Strategies. "And yet their support of this policy is broad‐based and wide‐spread, cutting across partisan and ideological divisions. And it endures after hearing the arguments against it."

In May, the Environmental Protection Agency and the Army Corps of Engineers finalized a rule clarifying that the Clean Water Act applies to more than half of the nation’s streams and millions of acres of wetlands—bodies of water that had been in a legal limbo for more than a decade. However, Congress is considering legislation that would undermine or nullify this rule.

Additional results from the poll:

Fully 89 percent say that the Clean Water Act has been "more of a good thing" for the country, with majorities of every single demographic sub‐group echoing this sentiment.
More than 8 in 10 sportsmen (82 percent) agree with the statement: "We can protect our water quality and have a strong economy with good jobs for Americans at the same time, without having to choose one over the other."
Three-quarters (75 percent) of hunters and anglers see applying the Clean Water Act to smaller streams and wetlands is more of a safeguard, rather than a burdensome regulation.
Almost half of those surveyed (47 percent) said that water quality and fish and wildlife habitat issues are of primary importance to their voting decisions. Nearly all sportsmen say these issues are at least somewhat significant in their voting decisions (92 percent).
Two-thirds (67 percent) say they would have a more favorable opinion if their Senator upheld this application of the Clean Water Act. Only one-in-ten would feel less favorably (11 percent).
"Hunters and anglers were the original conservationists and their support for this policy comes as no surprise," said Jim Martin, conservation director at the Berkley Conservation Institute, a branch of Pure Fishing, one of the largest tackle manufacturers in the sportfishing industry. "Restoring Clean Water Act protections to smaller streams and wetlands will help the economy, protect our drinking water and allow us to pass the great sport of fishing down to future generations. Congress should allow this common-sense rule to take effect without delay."

Methodology for the national survey

From June 23–July 4, 2015, Public Opinion Strategies and Greenberg Quinlan Rosner Research completed 1000 interviews with registered voters who also identify as hunters, anglers or both. Half of the interviews were conducted on landline and cell phones, with the other half conducted via internet panels. Respondents are from throughout the United States and the sample was compared to the U.S. Fish and Wildlife Service surveys of adults who hunt or fish for demographic representation.