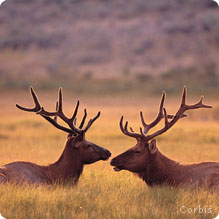 Arch Coal, Inc. announced today it’s suspending efforts to secure a permit for the Otter Creek Coal mine in Southeastern Montana citing restraints related to its recent bankruptcy filing and the declining demand for coal.

The announcement comes after decades of opposition by those most affected by the proposed project. Tribal nations, particularly the Northern Cheyenne Tribe, ranchers and local communities, hunters and anglers, and conservationists have consistently pointed out the threats to wildlife, cultural resources, and the ranching and recreation economies that are the essence of the region.

“Today’s announcement is a victory for protecting wildlife and their habitat. It’s a key step in moving past harmful, climate-disrupting fossil fuel projects moving towards more responsible energy development,” said Tom France, National Wildlife Federation Regional Executive Director, Northern Rockies and Pacific Northwest. “The Otter Creek Mine was a bad idea from the start. It’s in an area that has some of the best wildlife habitat in Montana, is ecologically fragile, and should never be strip mined. This is a decision that will be welcomed by everyone who cares about wildlife.”

The National Wildlife Federation has spent years working collaboratively with tribes, ranchers, sportsmen, and others to fight against the mining of this sacred place and the destruction of the communities and wildlife that call it home. Bald eagles, mountain lions and black bears call the area home and many other species migrate through, including elk, mule deer and pronghorn antelope.

“Today is a remarkable triumph of resilience for the communities of Southeastern Montana and their conservation partners. Proponents of the project failed to understand history,” said Garrit Voggesser, National Wildlife Federation Tribal Program Director. “They didn’t understand the intensity with which the people, both Indian and non-Indian, in southeastern Montana love the land. That is why the project will never be built.”

“A major victory for our homelands, the people, and future generations. Arch Coal’s permanent removal of their permit application means there is hope, hope for our people and our Cheyenne way of life,” said Vanessa Braided Hair, cofounder of the grassroots organization ecoCheyenne. “At this time, with deep appreciation and gratitude, we reflect on all the hard work and prayers for our homelands and Cheyenne people."