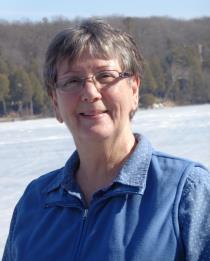 “Lil Pipping is simply untiring. If she isn’t chairing a local election debate, she is attending a town hall meeting, raising money for outdoor education or leading a local conservation group,” said George Meyer, Executive Director of the Wisconsin Wildlife Federation. “She started the Sharing the Spirit program, a way for sportspeople to help the elderly in the county and Hunters against Hunger, a program that allows hunters to donate extra venison to local food pantries. We are grateful for her service to the Wisconsin Wildlife Federation.”

About Lil Pipping: Lil Pipping has spent decades dedicating her time to conservation. In 2007, she was elected president of the Wisconsin Wildlife Federation (WWF) after serving as both 1st and 2nd vice president. Under her leadership, WWF started the Conservation Leadership Corp, working to inspire the next generation of conservation leaders. Lil has been involved with the Wisconsin Sportswomen Club (now known as Tri-County Sportswomen, LLC) since 1992, serving in numerous leadership roles. In 1999, she was elected the first female president of the Sheboygan County Conservation Association (SCCA) and still is the only woman to serve in that position. In 2005, Lil and a group of others formed the Friends of Broughton Sheboygan Marsh to protect 14,000 acres of important wilderness areas in the Sheboygan River watershed. Since its founding, Lil has served as president of the Friends of the Marsh. Through her active involvement in these organizations, Lil has organized outdoor activity days, chaired debates for local election candidates, served on strategic planning committees, attended town hall meetings, raised money for outdoor education facilities, staked yard signs on important conservation issues, advised neighboring counties on forming conservation groups, and led efforts to create a county stewardship fund—giving countless hours to better the place that she calls home. Without a doubt, her leadership and dedication continue to leave an impact on Eastern Wisconsin. Lil and her husband Ken live in Elkhart Lake, WI. They have 5 children, 14 grandchildren, and 4 great grandchildren.