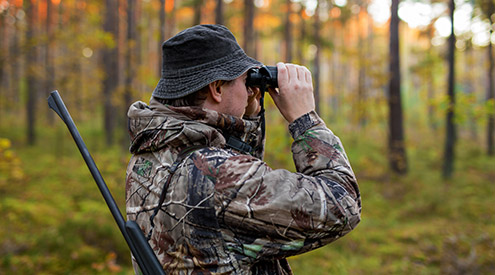 WASHINGTON, D.C. — During the Congressional Sportsmen’s Foundation’s (CSF) Annual Banquet & Auction on September 13, CSF and the National Wildlife Federation (NWF) signed a Memorandum of Understanding (MOU) in order to enhance the organizations’ shared goals of advancing wildlife conservation across the country.

This partnership will combine CSF’s ties to conservation-minded federal and state legislators with NWF’s six million members and supporters to ensure healthy fish and wildlife habitats through science-based policies and management.

“The National Wildlife Federation has been committed to safeguarding and improving habitats for fish and wildlife for over 80 years,” said CSF President Jeff Crane. “CSF looks forward to strengthening our partnership and working closely with the Federation and its state affiliates to advance opportunities for conservation funding for fish and wildlife as well as ensuring public access to public and private lands.”

“The Congressional Sportsmen’s Foundation’s bold leadership in Congress, with Governors, and in state legislatures has proven that there is no issue with greater bipartisan support than conservation,” said Collin O’Mara, President and CEO of the National Wildlife Federation President. “The National Wildlife Federation and our affiliates are proud to join forces with CSF on the Hill and in states across the country to expand hunting and fishing opportunities, increase America’s wildlife populations, and promote proactive, collaborative conservation.”

About CSF
Since 1989, the Congressional Sportsmen’s Foundation (CSF) has maintained a singleness of purpose that has guided the organization to become the most respected and trusted sportsmen's organization in the political arena. CSF's mission is to work with Congress, governors, and state legislatures to protect and advance hunting, angling, recreational shooting and trapping. The unique and collective force of the Congressional Sportsmen's Caucus (CSC), the Governors Sportsmen's Caucus (GSC) and the National Assembly of Sportsmen's Caucuses (NASC), working closely with CSF, and with the support of major hunting, angling, recreational shooting and trapping organizations, serves as an unprecedented network of pro-sportsmen elected officials that advance the interests of America's hunters and anglers.

About NWF
The National Wildlife Federation is America's largest conservation organization, with over six million members and supporters and 51 state and territorial affiliates, working to unite all Americans to ensure wildlife thrive in a rapidly changing world. NWF and its affiliates are dedicated to increasing wildlife populations by protecting, restoring, and restoring land and water habitats, transforming wildlife conservation, and connecting all Americans with wildlife, especially children, through outdoor experiences, Ranger Rick magazines, and environmental education.