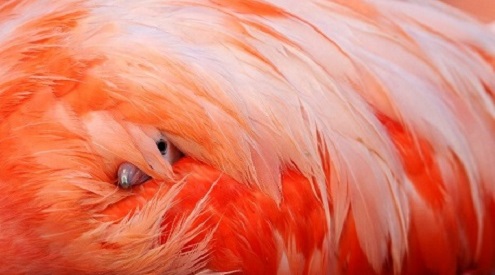 Washington, DC – Collin O’Mara, president and CEO of the National Wildlife Federation, issued the following statement on the final water resources bill that has just passed the House.

“America’s waterways and coastlines are vital to wildlife and the nation’s economy. We were proud to work with the bipartisan leadership of Chairman Barrasso, Senator Carper, Chairman Shuster, Rep. DeFazio, Chair Walden, and Rep. Pallone on a final bill that includes several huge wins for wildlife and America’s natural resources. Notably, the bill includes a provision Senator Carper championed encouraging the Army Corps to promote natural infrastructure projects—such as restoring wetlands, oyster reefs or sand dunes—as a highly effective way to protect communities from storms and floods. Further, the bill contains an important bipartisan agreement by Chairman Barrasso, Senator Carper, Chairman Walden, and Rep. Pallone to expand investments in drinking water, wastewater, and irrigation systems and reauthorize the Safe Drinking Water Act for the first time in 20 years.”

“Last month I visited southwest Florida and was horrified by the guacamole-like blue-green algae clogging the Caloosahatchee River. This bill approves a long-overdue reservoir that will restore natural flows of clean water to the Everglades while reducing the polluted discharges that trigger the outbreaks of toxic algae. Now it’s time for Congress to fully match Florida’s financial contribution so we can get this much-needed project implemented on the ground.”

The National Wildlife Federation welcomed several other positive aspects of this bill: