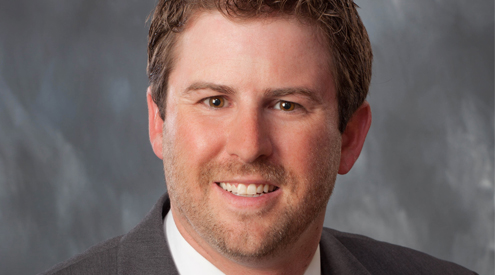 Denver, CO — David Willms, a policy advisor for former Gov. Matt Mead of Wyoming and a longtime conservationist, has been named Senior Director of Western Wildlife and Conservation for the National Wildlife Federation. In this newly-created position, based in Cheyenne, Willms will work on western public land and wildlife issues with a variety of stakeholders, from landowners and sportsmen to elected officials.

“David’s service to Governor Mead has given him a deep understanding of the importance of bringing people together to solve complex issues,” said Tracy Stone-Manning, Associate Vice President for Public Lands at the National Wildlife Federation. “We know we will also be well-served by his deep personal commitment to public lands as a Westerner.”

As an advisor to Gov. Mead, Willms helped craft policies on wildlife, endangered species, and other natural resource matters. Prior to his work with the governor, Willms was an attorney in Cheyenne, where he managed a diverse natural resource practice representing landowners, wildlife agencies and many others. He focused on mitigation and litigation around the Endangered Species Act, compliance with the National Environmental Policy Act, and complex water law matters. Willms also served as a Senior Assistant Attorney General for Wyoming, representing the Wyoming Game and Fish Department and State Engineer’s Office, appearing in courts around the country – including the U.S. Supreme Court.

“I’m excited to join a talented and pragmatic team at one of the nation’s most effective conservation organizations,” said Willms. “I look forward to bringing together new partnerships for the responsible management of our public lands.”

Willms attended the University of Wyoming for both his undergraduate and law degrees. He is a passionate hunter, angler, backpacker and father to three young children. He also hosts the “Your Mountain” podcast.