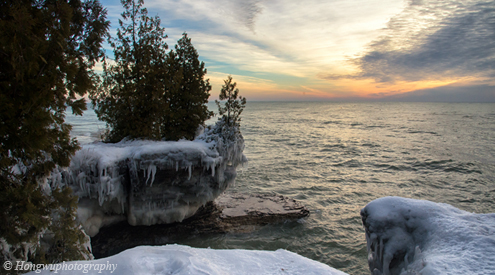 Ann Arbor, MI — With a significant harmful algal bloom forecast for Lake Erie this summer, widespread toxic PFAS contamination surfacing around the region, and ongoing lead contamination in Flint, Mich., the Healing Our Waters-Great Lakes Coalition today is calling on presidential candidates to support a Great Lakes platform for clean drinking water. More than 30 million people in Michigan, Ohio, Wisconsin, Pennsylvania, Minnesota, Illinois, Indiana, and New York depend on the lakes for their drinking water.

“There is not a single issue in this election that is more important than the fact that in 2019, in the United States of America, there are millions of people who do not have access to clean, safe and affordable water for themselves, their families, and their children,” said Laura Rubin, director of the Healing Our Waters-Great Lakes Coalition. “Clean water is a basic need. At a time of unprecedented threats to our drinking water, we are counting on the next president to take action to protect our Great Lakes and our drinking water that millions of people depend on. The problems are widespread. With so many of our cities and towns living with unsafe drinking water, we need strong clean water protections and enforcement – as well as federal funding – to ensure that every person has access to clean, safe, and affordable drinking water. Federal investments have cleaned up and restored some of the worst problem areas. But more needs to be done.”

The Healing Our Waters-Great Lakes Coalition – which neither endorses nor opposes any candidate – is asking White House aspirants to:

Presidential leadership is essential to protect the drinking water of millions of people. The Healing Our Waters-Great Lakes Coalition urges candidates to explain how they will enforce clean water laws and support Great Lakes and clean water programs in annual budget proposals.

“The next president needs to act with urgency, because scaling back federal efforts will make the problems worse and more costly,” said Rubin. “Here in the Great Lakes region, we’re also seeing how extreme weather such as hotter summers and intense rain can exacerbate problems such as runoff pollution that fuels harmful algal blooms. It’s important to remember that many of the region’s most vulnerable communities—including people who are poor, people of color, and people in rural communities—are the ones who are most impacted by unhealthy water. We have manageable solutions to protect our lakes, our drinking water, and our communities. It’s time to use them.”

“Federal investments to restore and protect the Great Lakes through programs like the Great Lakes Restoration Initiative are producing results in local communities across the region,” said Kyle Rorah, regional director of public policy for Ducks Unlimited. “But more work remains to clean up toxic pollution, reduce runoff from farms and cities, and restore wetlands and other habitat. We’d like candidates to explain how they plan to maintain Great Lakes restoration as a national priority.”

“We are experiencing a water infrastructure crisis that is putting our people, our families, and our communities at risk,” said Monica Lewis Patrick, co-founder and president of We the People of Detroit. “We all depend on water, and we all deserve affordable water. So let’s have a discussion to make that a reality for people in Detroit and Milwaukee and Cleveland—for everyone who calls this country home. That’s why we are asking presidential candidates: ‘What’s your water policy? What will you do to protect our drinking water? What will you do to ensure every person has access to clean, safe, affordable water and sanitation?’”

“With so many of our cities and towns living with unsafe water, we need more – not less – protection for clean water,” said Jill Ryan, executive director at Freshwater Future. “The failure of government agencies that has led to drinking water crises in Flint, Michigan, Toledo, Ohio, and elsewhere make it clear that the government needs to step up its efforts to protect our drinking water. We’d like to hear presidential candidates explain what they will do to uphold, strengthen, and enforce clean water laws for our communities.”

Since 2004, the Healing Our Waters-Great Lakes Coalition has been harnessing the collective power of more than 160 groups representing millions of people, whose common goal is to restore and protect the Great Lakes. Learn more at www.healthylakes.org or follow us on Twitter @healthylakes.