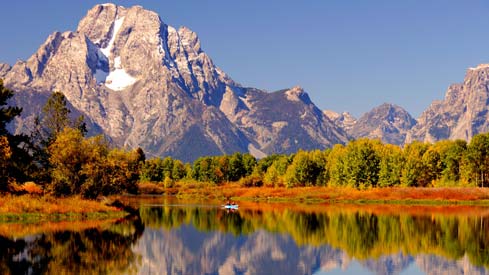 WASHINGTON, D.C. — The National Wildlife Federation and all of its Western affiliates urged congressional leaders to demand the revocation of anti-public lands activist William Perry Pendley’s appointment as acting head of the U.S. Bureau of Land Management. The conservation organizations, which represent millions of members, cited in a letter Pendley’s long record of support for the sale and transfer of public lands as well as the lack of hearings on his appointment or recently announced plans to relocate the BLM’s headquarters.

“Put simply, he believes public lands should not be in public hands. … This antipathy for public lands and outward hostility towards public servants who manage them must not be a belief held by someone in charge of the agency,” the conservation organizations wrote in the letter. “Further, the goal of selling off our federal lands is fundamentally in opposition to the bureau’s statutory responsibilities, its reason for being, its values, and its mission.”

The letter, addressed to the top Republicans and Democrats on Natural Resources and Interior Appropriations subcommittees urges action on three fronts:

Pendley has served for the last 30 years as president of the Mountain States Legal Foundation, an activist group that routinely (and unsuccessfully) sues the federal government to curtail agency authority and public use of public land. Last week, Interior Secretary David Bernhardt issued an order making Pendley the acting head of the BLM — despite the position requiring U.S. Senate confirmation.

“Our public lands put food on our tables, support wildlife habitat, give us a place to recreate and find solace, and provide natural resources that support jobs in our communities. These lands that are owned by all of us are one of America’s finest ideas and deserve protection and wise stewardship, not wholesale attack through mismanagement and selloff,” the letter concludes.

The letter's signatories are: