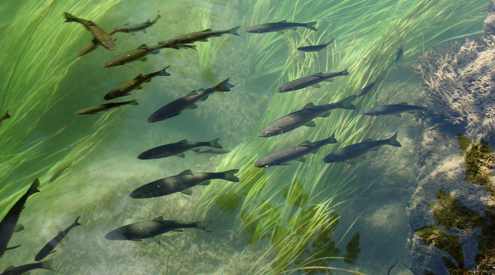 WASHINGTON, D.C. — The president’s budget proposal takes aim at America’s most successful and important programs that invest in wildlife conservation, protect communities from severe storms and disasters and safeguard clean drinking water and public lands. The National Wildlife Federation urged Congress to set aside the president’s request, including steep cuts to the Interior Department and Environmental Protection Agency budgets, and to invest in programs that reliably deliver results for people and wildlife alike.

“This proposal is like cutting the fire department’s budget as fires are burning all over town. To propose a 27 percent cut to the Environmental Protection Agency and a 13 percent cut to the Department of the Interior — after another year of horrific, climate-fueled floods, fires, hurricanes and water crises, and during a growing wildlife crisis — is incredibly irresponsible. To make matters worse, the deepest cuts are proposed for state-level programs and on-the-ground projects that are desperately needed to improve public health and resilience in local communities,” said Collin O’Mara, president and CEO of the National Wildlife Federation. “We urge Congress to set aside the president’s budget request and instead invest in reducing climate pollution, bolstering community resilience, protecting clean drinking water, safeguarding wildlife and conserving America’s outdoor heritage.”

The president’s budget request also takes aim at federal programs that keep nature and wildlife within reach for all Americans. The National Wildlife Federation highlighted the proposed cuts to the Land and Water Conservation Fund, which urgently needs permanent, mandatory funding to support and safeguard local parks, trails, public lands and outdoor spaces across the country.

“The wildly popular Land and Water Conservation Fund is America’s most successful and effective tool for keeping nature and wildlife within reach for millions of Americans. Period. That’s why the Trump budget request — and its refusal to support permanent, mandatory funding for the Land and Water Conservation Fund — is so telling,” said Laura Daniel Davis, chief of policy and advocacy at the National Wildlife Federation. “Budgets reflect our values, and this sends a clear and disconcerting message to Americans about how the Trump Administration values our public lands and wildlife heritage.”

The Land and Water Conservation Fund uses fees from offshore oil and gas revenues — at no cost to taxpayers — to invest in local parks, trails, public lands and outdoor spaces. Since its inception, the program has provided more than $18 billion to support wildlife habitat and outdoor recreation areas in every county in the nation. Congress permanently reauthorized the program in early 2019.