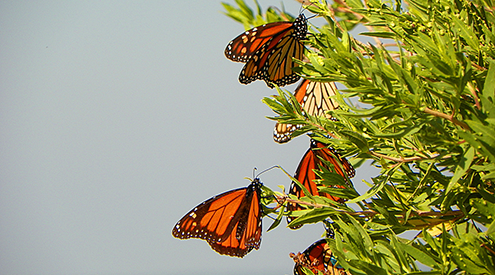 WASHINGTON, D.C. — New research published today indicates that, despite declining crop prices, the United States is losing an average of more than 1 million acres per year to cropland conversion. This habitat loss of grasslands and habitat, devastating for wildlife and water quality, is detailed in new research and data visualization from the University of Wisconsin, Madison.

The study documents how this conversion continued even after the build-up of the ethanol industry helped drive increased demand for corn, and that it occurred in many areas outside the primary grain-producing states of the Midwest and Great Plains.

“The ongoing destruction of our nation’s native prairies highlighted in this research shows that existing policies have failed to protect a cherished American landscape,” said Aviva Glaser, director of agriculture policy at the National Wildlife Federation. “Without a national strategy to protect and enhance grassland habitat, our last remaining native prairies are at risk of vanishing forever, along with the many plant and animal species that populate them. Federal policymakers should combat this troubling trend by establishing a North American Grasslands Conservation Act, modeled after the North American Wetlands Conservation Act, to stop habitat loss and ensure healthy landscapes for future generations.”

The passage of the North American Wetland Conservation Act in 1989 and President George H.W. Bush’s No Net Loss policy have been credited with helping reverse the decline in U.S. wetlands, yet no such initiative exists for grasslands. Changes to the Farm Bill, such as increased funding for grassland easements and a National Sodsaver policy could also help to stem the tide in grassland loss.