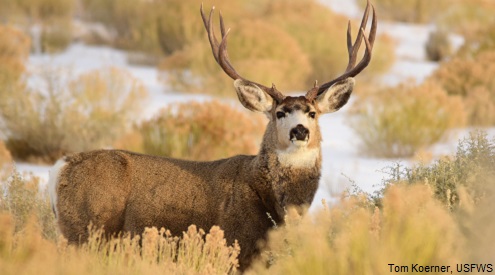 “There are tens of thousands of known orphaned oil and gas wells in the country that energy companies never properly plugged. The toxins emitted from these wells threaten our wildlife, water, air, lands, and the outdoor recreation economy. This long-overdue legislation will provide the money to clean up these sites on federal, state, private, and Tribal lands while also employing thousands of workers in rural areas,” said David Willms, senior director for Western wildlife and conservation at the National Wildlife Federation. “In addition to passing this common-sense legislation, Congress needs to tackle the root cause of the problem and fix the bonding system so that taxpayers aren’t left on the hook for future cleanups.”

“Orphaned wells can contaminate groundwater, wildlife habitat, and farmland -- posing serious threats to both human and wildlife health. We applaud Senator Cramer for his plan to provide states and Tribes with money to plug these wells and clean up the surrounding areas. That kind of restoration work is good for our lands and waters, our wildlife populations and North Dakota’s economy,” said John Bradley, executive director of the North Dakota Wildlife Federation.

“There are more than 700 orphaned oil and gas wells in New Mexico, which threaten wildlife, clean water supplies, hunting, fishing, and other forms of outdoor recreation. Thank you, Senator Lujan, for your proposal to clean up these toxic areas by putting people to work restoring our lands,” said Jesse Deubel, executive director of the New Mexico Wildlife Federation. “Congress needs to swiftly pass this bill to ensure that our lands and our wildlife thrive for generations to come.”

Last month, the National Wildlife Federation and Public Land Solutions released a report documenting 8,050 orphaned or at-risk wells in five Western states that threatened wildlife and outdoor recreation. The report showed that two-thirds of those wells were in critical wildlife habitat and cautioned that those numbers are likely just the tip of the iceberg.