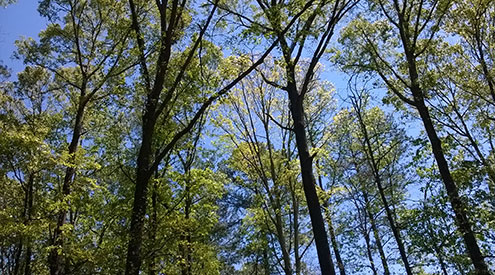 DENVER — As the Biden administration considers how best to meet its goal of conserving and restoring 30 percent of our lands and waters by 2030, the National Wildlife Federation joined more than 300 other conservation organizations in a letter of support for the 30x30 conservation framework. Scientists have made clear that a 30x30 goal is the bare minimum needed to recover imperiled wildlife, ensure clean air and drinking water, and buffer against the worst impacts of climate change. The 30x30 framework also allows the Biden administration to right a historic wrong by expanding access to parks and nature for low-income communities and prioritize Tribal leaders’ plans for stewardship of natural and cultural resources.

“With wildfires and drought devastating the West, hurricanes battering coastal communities and one-third of America’s wildlife at risk of extinction, we must work with local, state and Tribal leaders to better conserve and restore our nation’s lands and water.  By restoring forests, grasslands, wetlands and coastal areas through the bold vision of 30x30, we will not only put tens of thousands of Americans to work, but also ensure that these restored ecosystems will better protect local communities from the devastating impacts of climate change,” said Andrew Black, public lands field director for the National Wildlife Federation.

“The National Wildlife Federation looks forward to working with the Biden administration as it partners with local communities to make long-neglected projects a reality – whether it’s cleaning up vacant lots and brownfield sites or expanding green spaces. Providing areas for urban residents to exercise, connect with nature, or simply seek solace is not just an environmental issue, but a public health issue as well,” said Simone Lightfoot, associate vice president for environmental and climate justice at the National Wildlife Federation.

“Prioritizing Tribal sovereignty and supporting Indigenous conservation projects must be a hallmark of the 30x30 framework. Tribal communities have had great success conserving and restoring wildlife habitat and other lands that they manage, but too often the federal government has not recognized those efforts or given the Tribes adequate support. The federal government must ensure that Tribes have the necessary financial resources to match the vision of 30x30, using programs such as the fully funded Land and Water Conservation Fund to partner with tribal nations on conservation projects of mutual interest,” said Garrit Voggesser, director of Tribal partnerships at the National Wildlife Federation.