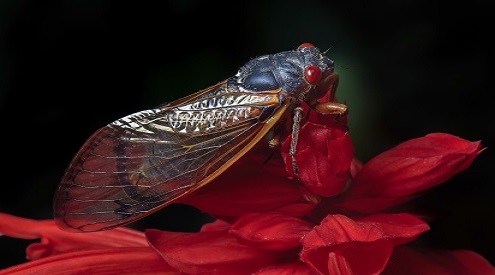 Imminent Emergence of Brood X Cicadas Nothing to Fear

WASHINGTON, D.C. — After spending 17 years underground feasting on juices from tree roots, the Brood X periodical cicadas are here to temporarily captivate millions of Americans across the Mid-Atlantic, Midwest and Southeast with their unique lifecycle. Although it might be overwhelming to witness millions of large insects emerging en masse, this rare event is nothing to fear.

“Last seen in 2004, Brood X cicadas have finally tunneled upwards to begin their short celebration in the sun,” said National Wildlife Federation Naturalist David Mizejewski. “While their appearance and numbers might seem scary, cicadas are gentle insects. They don’t bite or sting, and have no attraction to humans or pets. In the case of plants, large concentrations of cicadas can cause some minor cosmetic damage to trees, but any potential tree damage caused by these cicadas is far outweighed by their value to the ecosystem.”

The best way to welcome these new, gentle neighbors is to simply let nature take its course and enjoy being a part of such a rare natural phenomenon. Additionally, everyone can protect their plants by following these sustainable steps:

Cicadas are members of Hemiptera, or “true bugs,” a group of insects compromising around 80,000 species characterized by sucking mouthparts. They aerate the soil, serve as food for predators and act as a fertilizer once they die. Of the 3,000 cicada species, most have an annual lifecycle. However, there are seven species, all native to the eastern and central United States, that stand apart from their annual relatives with their extended nymph phase, long lifespan and synchronicitous emergence in the millions. Click here to learn more about these fascinating creatures.

David Mizejewski is a naturalist and television host with the National Wildlife Federation. He has hosted multiple television series and regularly appears in media to promote wildlife conservation. He specializes in urban ecology, the role that native plants have on wildlife populations, and helping people connect to nature by restoring wildlife habitat in their cities, towns, neighborhoods, backyards and gardens. To schedule Mizejewski for an interview on this subject, please contact Hali Simon, SimonH@nwf.org.