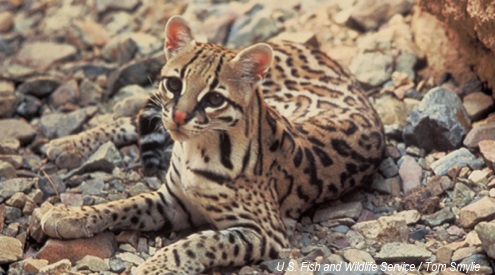 WASHINGTON, D.C. — Congress should reverse an Arizona land transfer that threatens a religious and cultural site for the Apache and other Indigenous peoples by swiftly passing legislation the House Natural Resources Committee approved today. The Save Oak Flat Act, introduced by Chairman Raul Grijalva (D-Ariz.), would revoke a land transfer and halt a planned copper mine at Chi’chil Biłdagoteel, also known as Oak Flat.

The land transfer was included in the 2014 National Defense Authorization Act.

“Chairman Grijalva’s bill would rightly protect an important religious and cultural site for the Apache and other Indigenous peoples, while conserving critical wildlife habitat and precious water resources for Arizona communities,” said Collin O’Mara, president and CEO of the National Wildlife Federation. “Whether it’s Chi’chil Biłdagoteel in Arizona, Bears Ears in Utah, or Tohono O’odham burial sites along the U.S. border, the United States must fulfill its Treaty and consultation obligations with sovereign Tribes. Chairman Grijalva’s bill is an important step in the right direction.”

“The Save Oak Flat Act is critical to protecting a site that is deeply sacred to Indigenous communities that have for time immemorial practiced land-based traditions relying on a healthy ecosystem at Chi’chil Biłdagoteel,” said Camilla Simon, executive director of Hispanics Enjoying Camping, Hunting, and the Outdoors (HECHO). “It is home to rock paintings and petroglyphs, and has also been designated on the National Register of Historic Places. To allow mining operations at Oak Flat is to sever the connection this community has to land that is part of their very identity. According to the Copper Development Association, 72% of our copper already comes from recycled scrap. Rather than exploiting this land, we should consider recycling the overabundant supply that we already have, creating jobs that capitalize on the importance of conserving sacred spaces.”