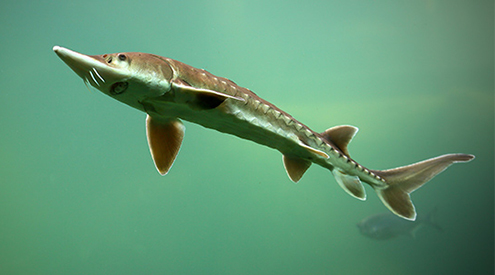 MACKINAW CITY — Enbridge Energy should cease illegal operation of Line 5 and comply with the order by Gov. Gretchen Whitmer to shut down the dangerous and aging Line 5 pipeline, a diverse group of tribal community and business leaders, local officials and allied groups said today.

“Last fall, Gov. Gretchen Whitmer announced she was revoking the 1953 state easement for the Line 5 pipeline beneath the Straits of Mackinac and May 12 was the deadline she gave for Enbridge to acknowledge the end of the state easement,” said Beth Wallace, Great Lakes campaigns manager for the National Wildlife Federation. “Enbridge refuses to shut down Line 5 until there is an emergency – this is how they operate pipelines and this is why we stand behind Governor Whitmer to shut down line 5 before it is too late.”

=“Tribal Nations and the State of Michigan have worked together to protect the Great Lakes since Treaty times and that must continue today with the decommissioning and permanent removal of the Line 5 dual pipelines,” said Whitney Gravelle, president of the Bay Mills Indian Community. “Line 5 has already spilled oil and natural gas on land and in water tributaries of the State of Michigan. Continued operation is an immediate threat to the vast ecosystem of the Great Lakes, and to give Enbridge another opportunity to endanger such sacred and critical waters considering the company’s abysmal safety track record and documented disregard of Indigenous Tribal Nation’s treaty rights and treaty protected resources is unacceptable.”

“Those of us who live year-round on Mackinac Island – about 500 of us – have strived to preserve and protect our natural resources, our pristine waters, our forests and our air,” said Anneke Myers, member of the Mackinac Island City Council. “A Line 5 rupture would have an irreversible impact on the economy of the island, which welcomes more than 800,000 visitors a year. Gov. Whitmer’s plan to shut down the Line 5 pipeline is both legal and the right thing to do. It protects the health and safety of Mackinac Island residents and visitors while ensuring the state’s energy needs are met.”

“We can’t continue allowing small businesses and communities in Michigan to shoulder the risk for a Canadian oil company that wants to illegally operate a pipeline nearly 20 years past its original life span,” said Rich Bergmann, owner of Round Lake Group Hospitality and member of the Great Lakes Business Network. “Enbridge is responsible for one of the largest inland oil spills in U.S. history, spilling a million gallons of oil into the Kalamazoo River. Now Enbridge ignores the evidence and defiantly says Line 5 is safe and that it will continue operating outside of the law.”

“We know decisions made today have implications for future generations,” said Duke Peltier, chief of the Wiikwemkoong Unceded Territory in Manitoulin Island. “When the state easement was granted in 1953, there were very specific requirements Enbridge had to meet and has not met in the years since then. Line 5 is an imminent threat to the environment.  We must protect our waters for all future generations.”

“Enbridge’s claims about how Canada would be impacted by a Line 5 shutdown are just that – claims made by a corporation with a vested financial interest in keeping Line 5 operating regardless of its risk to the Great Lakes,” said Michelle Woodhouse, Water Program manager for Environmental Defence in Canada. “Line 5 is a 68-year-old pipeline situated in the heart of the largest body of freshwater in the world. Shutting this down is a signal of the energy transition taking place around the world.”

“Enbridge’s tar sands projects threaten our Great Lakes,” said Winona LaDuke, executive director of Honor the Earth. “Shutting down Line 5 is essential in transitioning away from fossil fuels and ending the rule of foreign corporations on policies affecting our waterways.”