The National Wildlife Federation's Pacific offices collaborate directly with state agencies, conservation groups, educators, and our state affiliates in Washington, Oregon, and Hawaii to protect and restore wildlife, get kids and families outside and into nature, and win on key conservation campaigns. Current projects include: 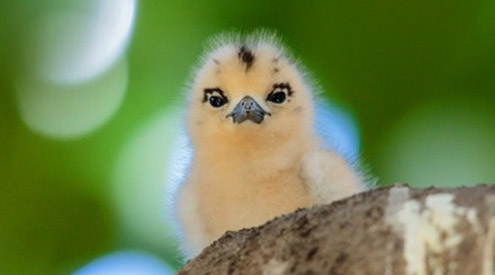 Garden for Wildlife: Our Certified Wildlife Habitat™ program engages people to make it a priority to provide habitat for wildlife by providing the basic elements that all wildlife need. If you love gardening and connecting with people in your community, the National Wildlife Federation can help you certify your community as a Certified Community Wildlife Habitat through our Garden for Wildlife movement. A Community Wildlife Habitat is a community that provides habitat for wildlife throughout the community—in backyards, on school grounds, and in public areas such as parks, places of worship and businesses.

The Northwest boasts over 12,000 Backyard Habitats, nearly 250 Certified Schoolyard Habitats, and the most certified Community Wildlife Habitats in the nation. Washington State, for example, has over 40 actively engaged communities from Anacortes to Gig Harbor. Creating a wildlife habitat is a great project for families to do at home or for their apartment complex. It's also a great project for troop or volunteer groups, local businesses, or schools. Every native plant makes a difference to wildlife. 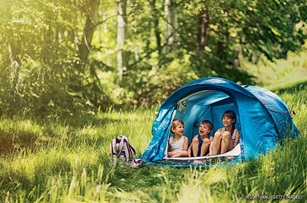 Connecting Families with Nature: Kids today spend twice as much time indoors as their parents did, missing out on the simple pleasures and lasting mental and physical health benefits of daily outdoor time. Spending time outdoors can improve a child’s physical, mental and emotional well-being. The benefits of outdoor play are real: healthier kids with a life-long appreciation for wildlife and the natural world. We have a variety of programs and tools to engage your family with nature. From finding local parks with Nature Find to activities to play outside, and our annual events like National Wildlife Week and Great American Campout!

America's Land for America's People: We are thrilled to announce, after a five-year vacancy in WA State, that we have an official affiliation with Conservation Northwest. Conservation Northwest, a powerhouse of an organization is widely respected throughout the state of Washington and is on the leading edge of the fight to keep America's public lands in public hands. Read about their current work on this issue at the National Wildlife Federation blog.

Our Work with Wildlife: 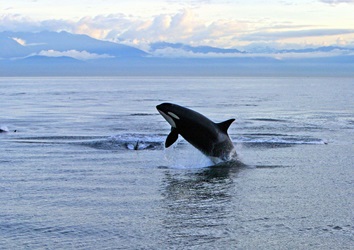 Saving Southern Resident Orcas: Southern Resident orcas are starving and perilously close to becoming extinct. In 2018, Washington’s Southern Resident Killer Whale Task Force identified the need to further investigate the impacts of removing 4 lower Snake River dams (LSRD) to recover collapsing salmon runs, which endangered Southern Resident orcas need to thrive. The task force recommended a process for local, state, tribal and federal leaders and stakeholders to address the associated issues, from ecological and habitat impacts to economic and energy opportunities. This process includes a questionnaire for public input. Engage in the conversation. and be a voice for saving endangered orcas and the salmon they need to thrive. You’ll find key background and insights, along with a link to the online questionnaire below:

Securing Expanded Critical Habitat and Recovery Funding for Endangered Hawaiian Monk Seals: Hawaiian monk seals are one of the world's most endangered marine mammals and the only tropical seal to inhabit U.S. waters. Worse, misinformation and scapegoating of the seal as the reason for dwindling fish stocks has lead to several international killings of these endangered mammals. With less than 1,100 of them left, the National Wildlife Federation has been working in partnership with our Hawaii state affiliate, the Conservation Council for Hawai‘i to ensure that the species is not lost to extinction. We are doing this by:

Ensuring Pebble Mine is Halted Once and for All: For thousands of years, Bristol Bay, AK has been untouched by development, providing optimal conditions for returning salmon. Yet foreign mining companies have plans for large-scale mineral development, such as the Pebble gold and copper mine in the headwaters of the bay's best wild salmon rivers, could change this place forever. If eventually built, Pebble Mine will:

Launched and lead by our Alaska state affiliate, the Renewable Resources Foundation, the voters of Alaska last year passed the Bristol Bay Forever Initiative, ensuring that mines such as Pebble mine will not be allowed to go forward in Bristol Bay unless they provide no negative impact on the region and receive majority approval from the state legislature. While this is a huge success, it is likely to still be battled in future court cases. The National Wildlife Federation continues to work in partnership with the Renewable Resources Foundation to make sure that Pebble mine and mines like it are never built in the pristine watershed of Bristol Bay.

Learn more about Bristol Bay, wild salmon and the threat of Pebble Mine.

Our Partners and Supporters:

Changing the Tide for America’s Public Lands and Wildlife