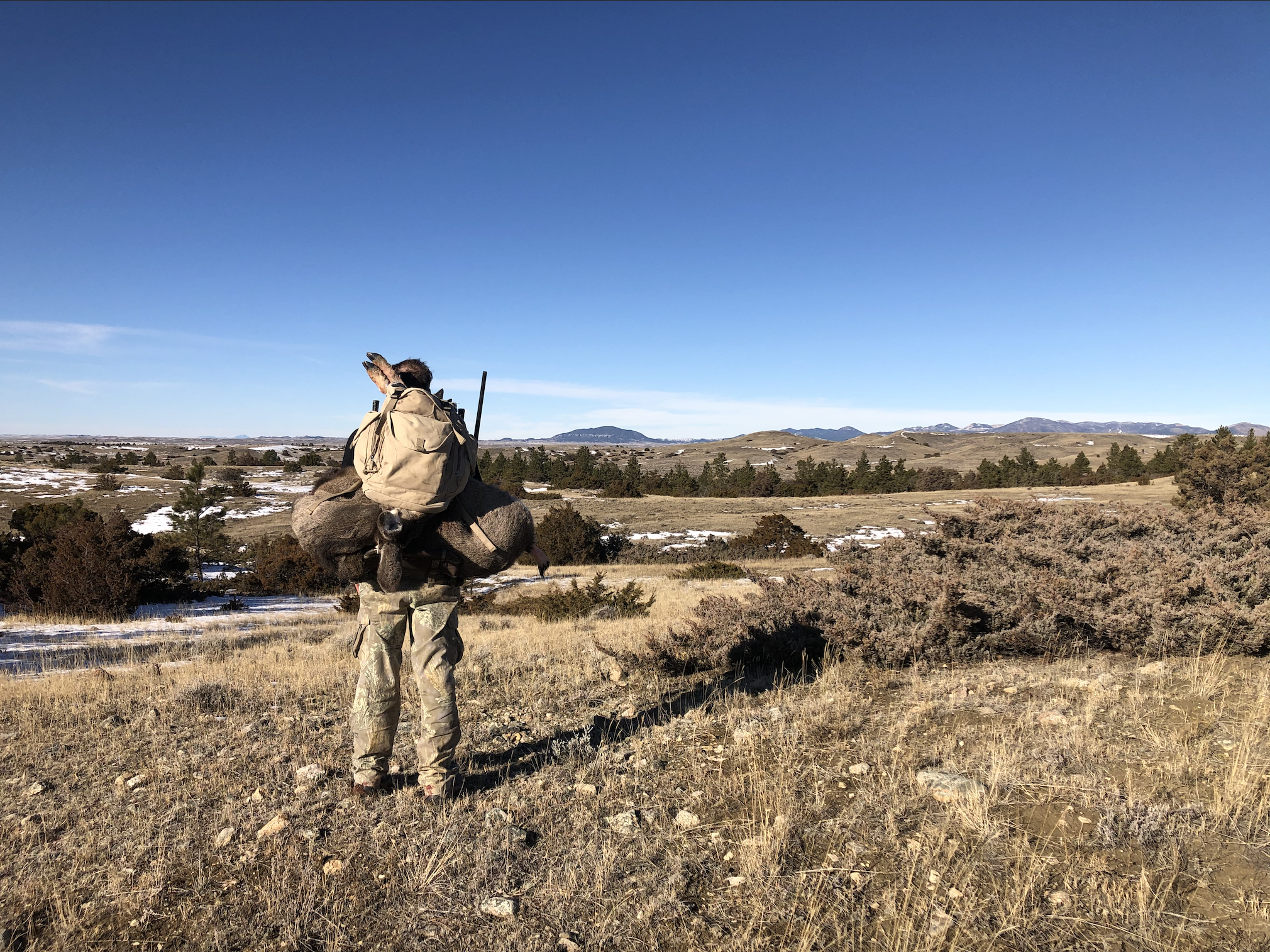 I have never fulfilled my dream of witnessing bighorn rams battling for the right to perpetuate the species, much less gotten a license to hunt one. But every year I am fortunate to be able to hunt, and almost always get, one or two mule deer in Montana to feed me and my loved ones throughout the year. And brook trout are the native trout near my home in Maryland, small but spectacular and so much fun. I also like that you only ever really need three flies for them - an elkwing caddis (tan or olive, size 14-16), a beadhead American pheasant tail nymph (size 14-18), and a wooly bugger streamer (black, size 8-10).

As for the hardy black duck common along the Atlantic coast, and it’s close cousin the mallard, I didn’t think I liked duck, based on a couple meals of lazy, fattened, overcooked domestic ducks coated in orange goo. Until some duck hunting pals showed me the wonders of barely cooking the breasts of wild ducks - which have been out working the waters and fields, earning their meals of sedge seeds and roots, leaves, caterpillars and crickets, maybe some mussels on the coast, turning those meals into muscle with their migrating and constant moving - with a little olive oil and salt, maybe some pepper and light garlic, preferably over a camp stove. Unfortunately, all of these wonderful native species face struggles, even the seemingly plentiful mule deer, as discussed below.

Fortunately, a Bill is making its way through Congress that will benefit thousands of species nationwide and the habitats they depend on. The Bill will dedicate $1.4 billion annually to proactive, on-the-ground conservation measures, helping wildlife at risk and restoring habitat used by game and fish species nationwide.

The Bill will be a huge boost to the state wildlife agencies. Up until now, these agencies have only had funding to prioritize game species which have been hunted and/or fished for decades. This Bill will provide the funding to take additional steps on behalf of all wildlife. The state wildlife plans collectively identify more than 12,000 species of concern, highlighting the need for action.

Tribes will also finally get the funding they need for their wildlife programs and considerable management needs.

The Recovering America’s Wildlife Act is a boon to hunters and anglers, as restoring habitats for at-risk wildlife such as monarchs will also benefit game species, like quail. The Bill will directly assist struggling fish and game like the four species described below... 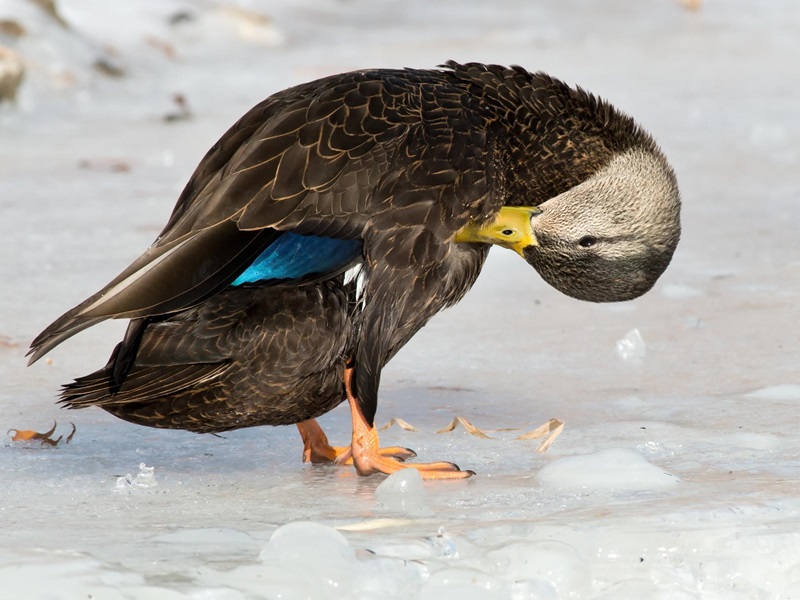 The American black duck has long been a favorite of hunters along the eastern seaboard, for its wariness and speed. Historically abundant, between the 1950s and ‘80s their population fell by more than half, largely due to the decline in coastal wetlands in the mid-Atlantic.

Twenty-three states, from Mississippi to Maine, have identified the black duck as a species of concern in their wildlife action plans. Sixteen states have already begun working together as part of the Atlantic Coast Joint Venture, which is working to improve 400,000 acres of black duck habitat on public lands and in partnership with private landowners. The Recovering America’s Wildlife Act would bolster this funding, aiding efforts on behalf of this iconic waterfowl species. 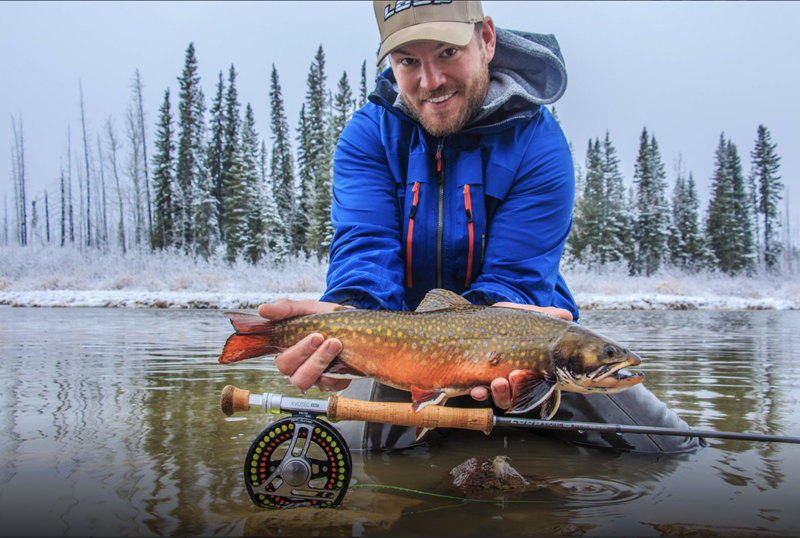 Brook trout are the only native trout in most eastern states and they are so highly prized that nine states have declared them the official state fish.

Unfortunately, brook trout have been hard-hit by a range of factors including urbanization, agriculture, mining, invasive species and warming waters. Today, brook trout are found in only 22 percent of their original range. A coalition of 17 states and other partners formed the Eastern Brook Trout Joint Venture to address this crisis. Funds from Recovering America’s Wildlife Act could assist efforts to reconnect habitat, improve water quality, clean acidic mine damage and restore stream side buffers. Big thanks to avid angler and photographer, Dillion Beck, for letting us use this image of a beautiful Brookie caught on the fly. We loved it so much, it's also featured in our action alert at the bottom! 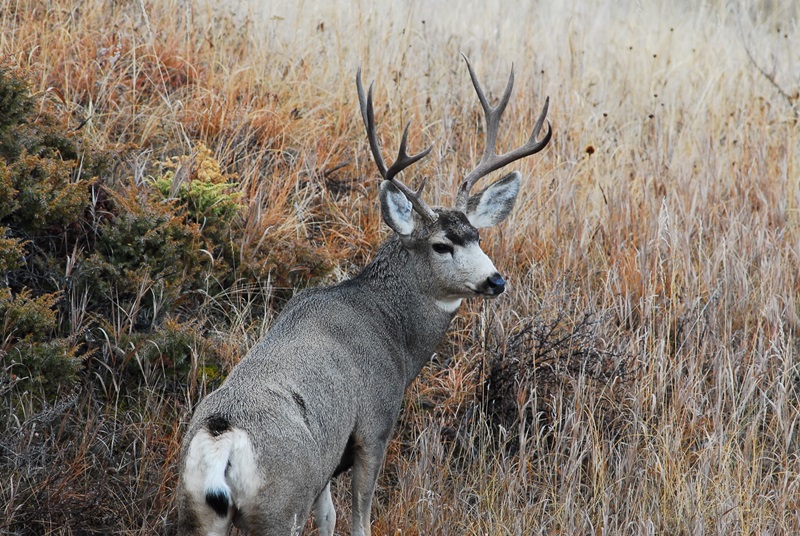 Mule deer are the most abundant big-game animal in the West, important for predators, hunters and Western states’ economy. In Wyoming, between 1991 and 2012, mule deer numbers dropped by 36 percent. Colorado has experienced an even greater percentage loss.

This drop is driven by a variety of factors -- loss of sage grouse habitat due to oil and gas development, urban sprawl blocking migration pathways, and invasive cheatgrass that provides little nutrition for mule deer.

Funding from the Recovering America’s Wildlife Act could help create mule deer crossings and barbed-fence modifications. Funding could also go to restore sagebrush habitat for sage grouse, which would benefit mule deer alongside pronghorn, elk and others. To learn more about mule deer and sage-grouse, we encourage you to read this report from our partner program, Artemis Sportswomen. This impressive muley buck photograph was sent to us via our friends over at the North Dakota Wildlife Federation. 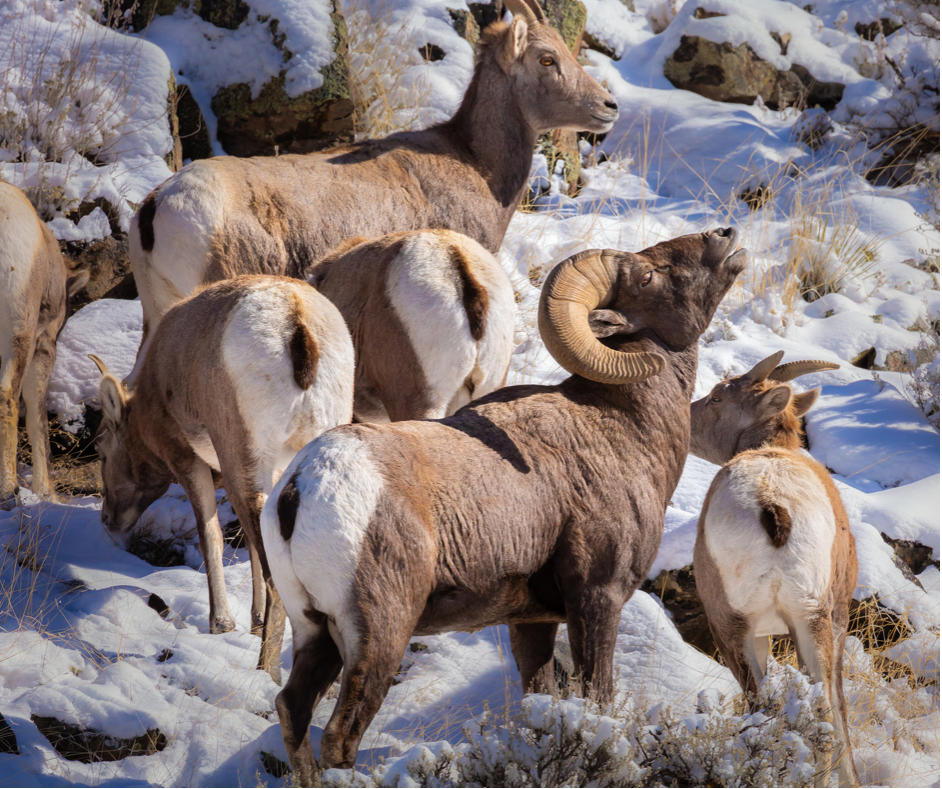 Bighorn sheep are an iconic species once found throughout the American West. In the nineteenth century, their numbers were as high as 2 million. Today, there are fewer than 85,000. The conservation status of bighorn sheep varies across subspecies, with some having gone extinct, two subspecies listed as endangered and other subspecies not listed.

Yet all subspecies face the same issues of habitat limitation, blocked migration pathways and catching respiratory disease from domestic sheep.

For the last century, hunters and anglers have provided much of the funding for state efforts on behalf of at-risk wildlife. In 2018, more than half of all the revenue for state wildlife agencies came from license sales and taxes on gear. Hunters and anglers are among America’s leading conservationists and care about these issues deeply. But today, the wildlife crisis is growing while these revenues are shrinking as fewer Americans hunt, and wildlife managers with states, territories, and Tribes are sorely underfunded to respond.

This wildlife crisis is a national issue, one that crosses states and impacts everyone. The funds from Recovering America’s Wildlife Act balance out the burden for addressing this crisis.


Mike Leahy is NWF's Director of Wildlife, Hunting, and Fishing Policy. Mike supports the restoration of all wildlife populations through his work on policy related to wildlife, hunting, fishing, and public lands.

Sullivan Barth is a Communications Fellow for NWF. He has been doing a lot of fantastic research and writing to highlight Recovering America's Wildlife Act.