The Recovering America’s Wildlife Act: a life-line for Pacific Northwest salmon and steelhead

Salmon and steelhead are in the brink in Washington and other West Coast states. Funding for locally-led recovery plans is badly needed to save these fish and iconic fisheries. 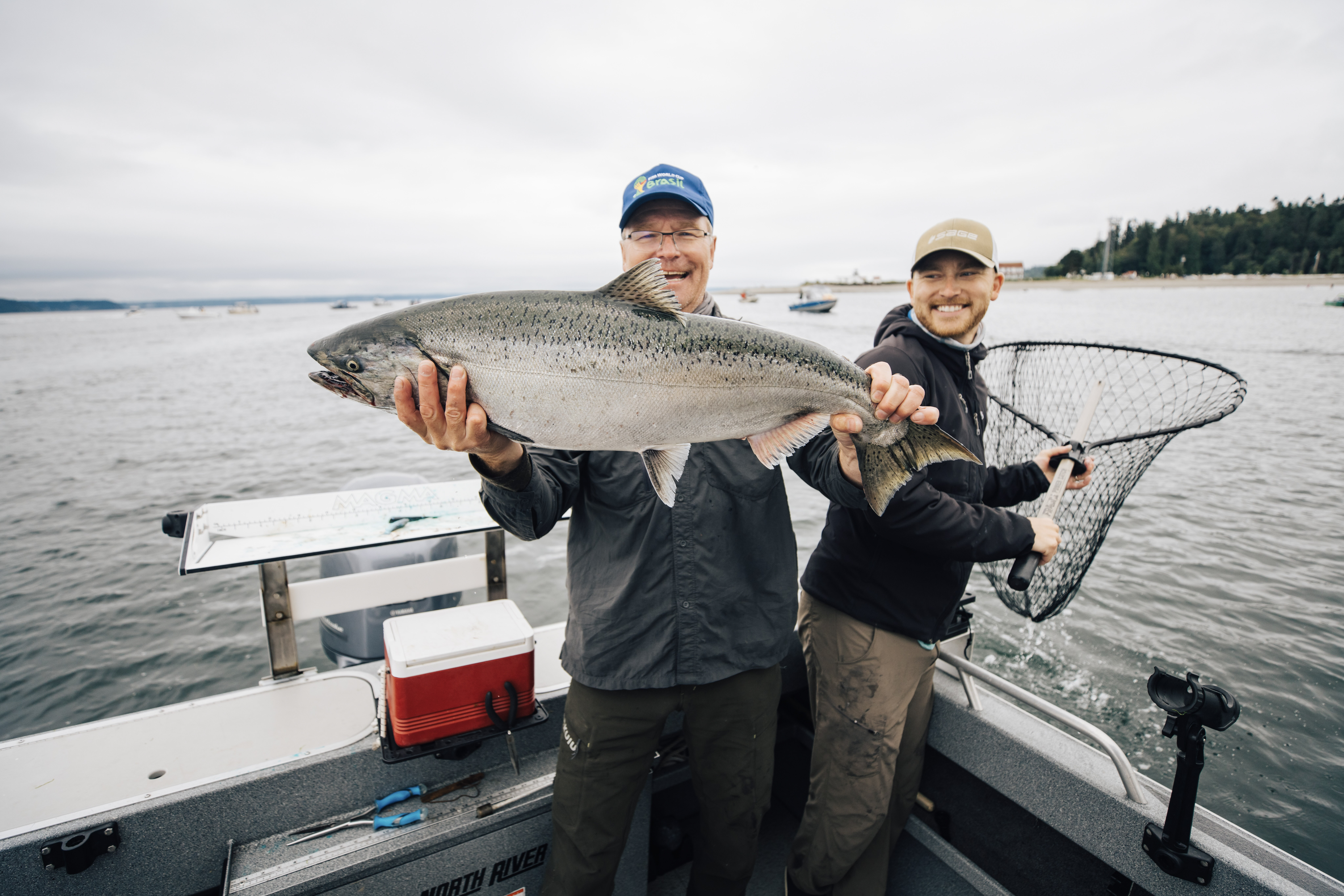 It’s salmon season across the Pacific Northwest, and funding from the Recovering America’s Wildlife Act for locally-led conservation programs would provide critical resources to save our fish, and our fisheries.

Like my father, grandfathers, and great grandfather before me, I wait all year for still summer mornings when the marine fog lays thick and quiet on Puget Sound. The day begins with the muffled purr of outboard engines starting up, hushed voices discussing tactics while prepping gear and sipping coffee. As an orange sun rises over the Cascade Mountains, herring, sandlance and other baitfish can be heard breaking the surface, salmon hot on their tails.

Each day brings with it the possibility of big, brawny Chinook, their sides chrome with incredible streaks of purple and black. Or feisty, green-backed coho, known for their acrobatic leaps, spins and knack for coming unhooked just before you can get a net under them. On odd years like this one, big schools of pink salmon—or “humpies”—return as well, aggressive little salmon that provide great sport for beach and boat anglers alike, and decent table fare if you bleed, gut and cool them quickly. 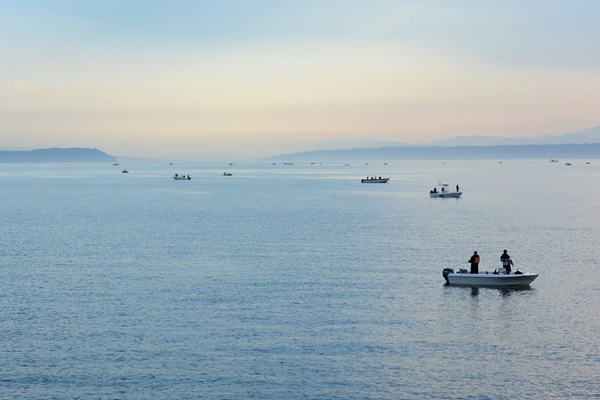 Whether trolling flashers and spoons, casting flies and jigs, or dropping a cutplug herring to “mooch” the depths of the Salish Sea in the traditional fashion, saltwater salmon fishing is typically an experience of frenzied action when the tide is right and the bite is on, interspersed with long periods of rich conversation and deep contemplation when it’s not.

This year, as with most years in recent memory across Salmon Country from Alaska to California and throughout my home state of Washington, there’s been plenty of time for the latter. The fishing has been fairly tough, the seasons’ increasingly shortened, and after decades of declines, it no longer feels like our salmon fishing heritage is circling the drain—we’re down in it clawing to get back out.

Recently, after dropping pots for Dungeness crab and running our boat across Puget Sound from my home port in Seattle’s Ballard neighborhood only to find slow fishing at one of my favorite spots, my thoughts turned dark: are my summer mornings chasing salmon going the way of our summer steelhead?

You see, it wasn’t just salmon that my family of anglers and countless others like us once pursued on still mornings and cool evenings. We had a choice: we could head to the salt for ocean-fresh salmon, or to the Skykomish, Skagit and other rivers rushing off the west side of the Cascade Range in search of summer steelhead; sea-run rainbow trout world-renowned for their beauty and fight when hooked. 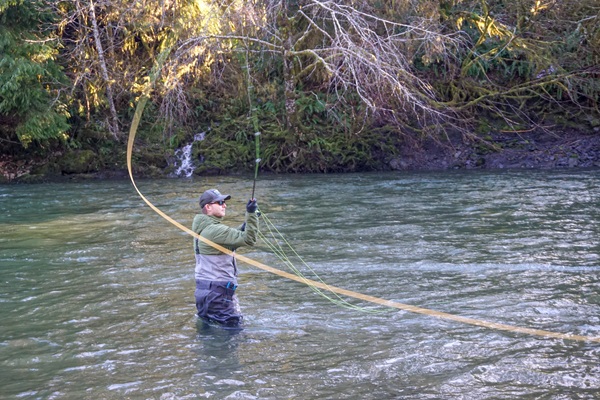 Northwest salmon and steelhead runs have been a small fraction of historic, pre-1900’s runs all my life, but until the 1990’s and early 2000’s, relatively large runs of both hatchery and wild fish still swam through Washington’s waters, enough for tribal and recreational anglers to enjoy robust fisheries nearly year-round.

Much like neighboring states, our salmomid declines and fisheries reductions have intensified since the mid-90’s, the result of historic overfishing compounded by increasing human development and habitat loss, pollution and toxic chemical spills, dammed and warming rivers, and a litany of other conservation challenges. Today, numerous runs of Pacific salmon and steelhead are listed under both the federal Endangered Species Act, and under the Washington Department of Fish and Wildlife’s State Wildlife Action Plans.

As I recently wrote about in a January 2021 cover story for Northwest Sportsman Magazine, fishing closures in Washington state have escalated even more sharply over the past two to three years. While opportunity still exists—especially for salmon with some scraps left for die-hard steelhead anglers—our fish and fisheries are on the brink.

Now more than ever our state agencies and tribal co-managers need new tools and resources to turn the tide. The Recovering America’s Wildlife Act is one such tool, for Pacific Northwest fishermen, and for hunters, anglers and wildlife enthusiasts across the nation.

It’s been several years since I’ve caught a steelhead, a fish I spent more than six years passionately advocating for as a Board Member of the Wild Steelhead Coalition. The few trips I’ve made in recent memory have been more pilgrimage to favorite steelhead fishing holes from my youth than serious pursuit of these seriously threatened fish. As I still ply the waters of Puget Sound for salmon a few weeks each summer, I can’t help but think: are our summer salmon runs on the same trajectory as steelhead? 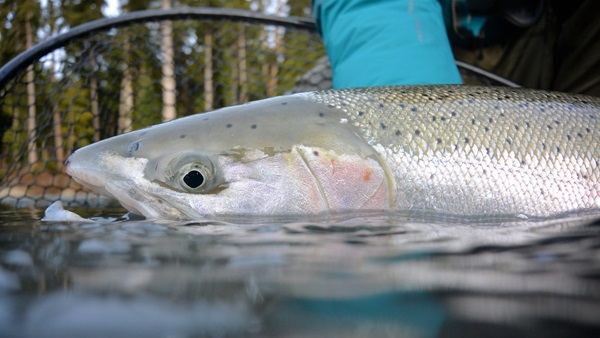 Yet among all the doom and gloom for Pacific Northwest fisheries, there are reasons for optimism.

State agencies, non-profits and Indigenous tribes are making significant investments in habitat restoration, tearing out culverts and other barriers that prevent access to critical spawning tributaries. Groups like my organization, Conservation Northwest, are restoring forests and watersheds in the headwaters, and pushing back against risky industrial mining proposals. The National Wildlife Federation, angling groups like the Association of Northwest Steelheaders, tribal nations and countless other partners are elevating the conversation around removing four dams on the lower Snake River, likely the single biggest action our region can take for salmon and steelhead recovery.

Among this list of things that give me hope for salmon and steelhead I’ll now add the Recovering America’s Wildlife Act. But we need your help to ensure we land this critical conservation opportunity.

There's long been a gap in our nation’s wildlife conservation model between funding from hunters, anglers, target shooters and boaters that comes from excise taxes on our guns and gear, and federal appropriations for "emergency room" measures under the Endangered Species Act (ESA).

This bipartisan act recently reintroduced in Congress is a commonsense bill to fill that gap, investing in proactive conservation programs led by state and tribal agencies before at-risk fish wildlife like Puget Sound steelhead, Lower Columbia River Chinook salmon, Cascade Mountains bighorn sheep herds, and other vulnerable populations are listed under the ESA.

This may well be the biggest opportunity for fish and wildlife recovery funding in a generation, and time is running out for at-risk species, including the fish Pacific Northwest anglers like myself prize. 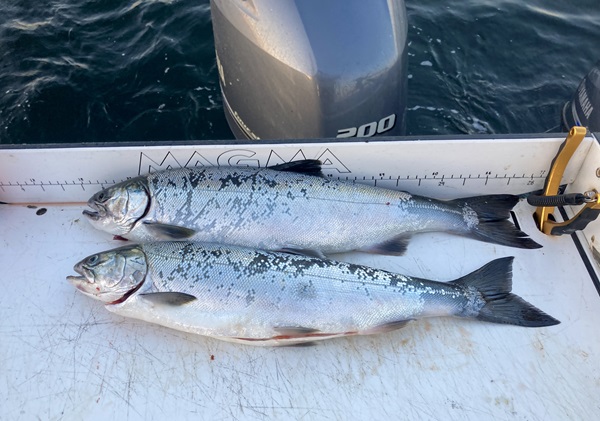 West Coast salmon and steelhead anglers exhibit a unique mix of tenacity and adaptability. We keep fishing, even when conditions are tough and runs are low. We care deeply about these fish, and the waters through which they swim. We contribute to conservation groups and causes, and aren’t afraid to sacrifice to ensure the next generation has the opportunities to pursue these amazing (and delicious) fish that we’ve enjoyed.

But despite decades of effort by anglers, as well as that of agencies, tribes and an alphabet-soup of non-governmental organizations, there are simply not enough resources to respond to the scale of salmon and steelhead declines across our region today. We generally know what needs to be done, but what’s lacking is the political will and funding to follow through on action plans and restoration programs.

It’s no silver bullet, but the Recovering America’s Wildlife Act is a critical step forward for salmon and steelhead, and countless other species at risk across the nation.

For now I’ll keep fishing for summer salmon on Puget Sound, and reminisce about the steelhead fishing I enjoyed a decade or more ago. But when I get back to my desk after a morning on the water, I’ll send another letter to my elected leaders urging them to support this critical piece of conservation legislation. I hope you’ll join me.

A lifelong Washingtonian and passionate hunter and angler, Chase Gunnell is the Communications Director for the National Wildlife Federations’ Washington state affiliate, Conservation Northwest, which for 33 years has worked to protect, connect and restore wildlife and wildlands. Chase is enjoying the last few weeks of summer salmon fishing and eagerly looking ahead to fall hunting trips. 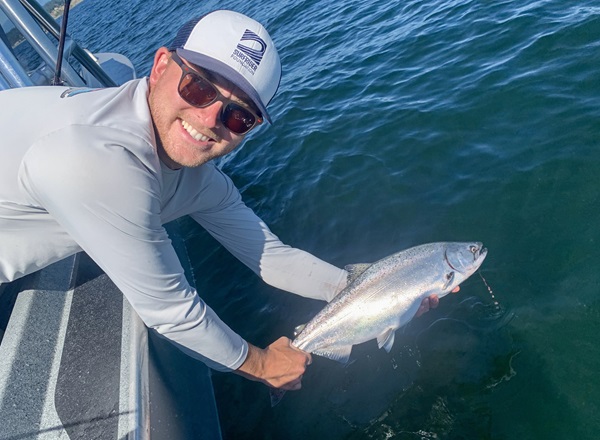 Alpine Islands: Hunting for Mountain Goats in a Changing Climate

The Virtues of Hunting on National Wildlife Refuges

Wyoming’s Famous Grouse, Its Neglected Cousin, and a Threat to Both.