Climate change impacts on fishing aren't just in the future; some are already here. 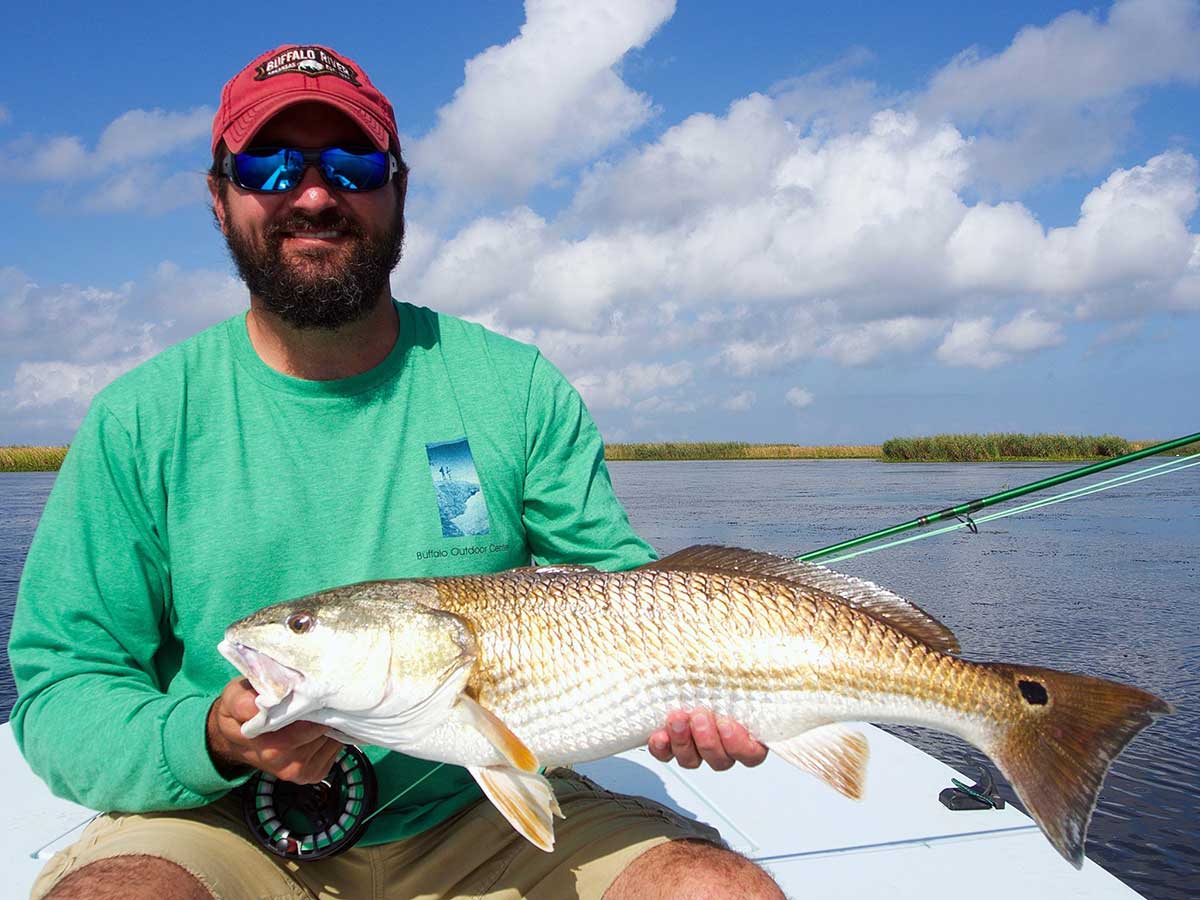 I might have considered the impact of climate change on fishing as a theoretical future condition before this summer, when flooding and high water flows cancelled two out-of-state kayak fly-fishing trips I’d planned. As I talked to anglers from across the country, though, there was little doubt that climate change isn’t just a future threat to fishing: it’s a current impact.

The Buffalo National River cuts through northern Arkansas from the Ozark Mountains to the White River. It was designated as American’s first national river in 1972, its crystal blue waters flanked by limestone cliffs and offering some of the best fly fishing for smallmouth bass in the country. Or so I anticipated. But abnormally high flows cancelled the kayak fishing trip I planned during the Outdoor Writers Association of America conference in Little Rock this summer.

Johnny Carrol Sain is an Arkansas outdoor writer, hunter, angler, and a board member for the nonprofit group Conservation Hawks, which educates hunters on the threat of climate change to hunting and angling. He says that my experience is becoming more common.

“Usually at this time of year, people aren’t floating the Buffalo, the flow has gone down quite a bit, a lot of portaging,” he told me in late June, during the conference. “But not this year. And it’s kind of been that way for the last three or four years.”

“In the last several years, I’ve had to change my fishing habits in the summer. July and August are typically dry months in Arkansas. We wade the creeks, a lot of wading through riffles to pools you can find smallmouths in. In the last few years, in July and August, people have been kayaking on these creeks. They’ve been so blown out you can’t get on them to wade or float fish.”

He worries about what trends like this mean for future generations.

“I’ve got two grandkids. I want them to be able to experience the outdoors that I experienced and I’m really concerned that unless we make some serious changes in our daily habits and our policy that that’s just not going to be possible.”

On the opposite end of the country, climate change is impacting both the ecological health of rivers and angler access in Montana. Climate change “is probably the greatest long-term threat, not just to our fish and wildlife, but to our sporting opportunities,” said Alec Underwood, federal campaigns director for the Montana Wildlife Federation, during a podcast we recorded. In Montana’s mountainous landscape, its iconic trout rivers and streams are driven by snowmelt.

“How much snow we get over the course of the winter is very important, but even more important is how that snow melts off,” Underwood explained. “What we’ve seen with climate change is this change in the hydrologic cycle. We are having, on average, earlier snowmelt every year and that’s changing the timing of the runoff.”

That leaves less water in the late summer when the hottest temperatures arrive, which is even more severe during extreme drought years like western Montana had in 2016 and 2017. “For our western Montana trout streams, some of the most iconic trout streams in the world, they can suffer year to year now even if we have a strong snowpack. If it comes off wrong and we get extreme temperatures, and then we have 46 days of no measurable precipitation, it’s not good for our fish.”

This has direct impacts on fishing access and opportunity. To protect fish during drought conditions and high temperatures, the Montana Department of Fish, Wildlife & Parks closes sections of water to fishing, known as “hoot owl restrictions.”

“Climate projections are showing days above 90 degrees are going to increase and we’re going to see hotter, more intense heat during the summer, and that’s when we see those hoot owl restrictions,” Underwood said.

In my home state of Michigan, trout anglers take “The 70 Degree Pledge” to avoid adding stress to native brook trout on hot days when the water temperature reaches 70 degrees. Fly fishing guide Brian Kozmiski, owner of True North Trout, recommends that his clients fish cooler feeder creeks on those days or even target warmwater species like smallmouth bass and bluegill, instead.

“When water temperature nears the 70 degree range, a fish will exert too much energy fighting and ATP (adenosine triphosphate) will build up in their muscles,” he explained in a recent blog post. “Even if released, the fish will most likely not survive. We would rather leave these fish and type of water alone.”

Kozmiski guides in the trout-rich waters of the northern Lower Peninsula, which, along with the Upper Peninsula, were the favorite fishing waters of Ernest Hemingway and Robert Traver, inspiring The Big Two-Hearted River and Trout Madness, respectively, the original home waters of Jim Harrison and Tom McGuane, the birthplace of Trout Unlimited and the Adams fly, and the waters that led Kirk Deeter to proclaim Michigan the best fly-fishing state in Field & Stream. It’s also where I grew up, and where the average temperature is expected to rise an average of five to six degrees between 2041 and 2070, according to a 2014 assessment by The Great Lakes Integrated Sciences and Assessments Program (GLISA). This will also exacerbate the dead zones in Lake Erie — and its walleye fishery — created by harmful algal blooms.

These are just a few of the myriad impacts climate change is having on fishing in the United States, not to mention the most obvious loss of ice fishing opportunities to ice cover loss as temperatures warm and the fishing impacts swallowed up in the humanitarian crises caused by more intense storms and extreme weather which eclipse the impacts to recreational fishing.

Sign up for updates from National Wildlife Federation Outdoors