The World Needs a Deer Camp

The things we seek at Deer Camp could help us all 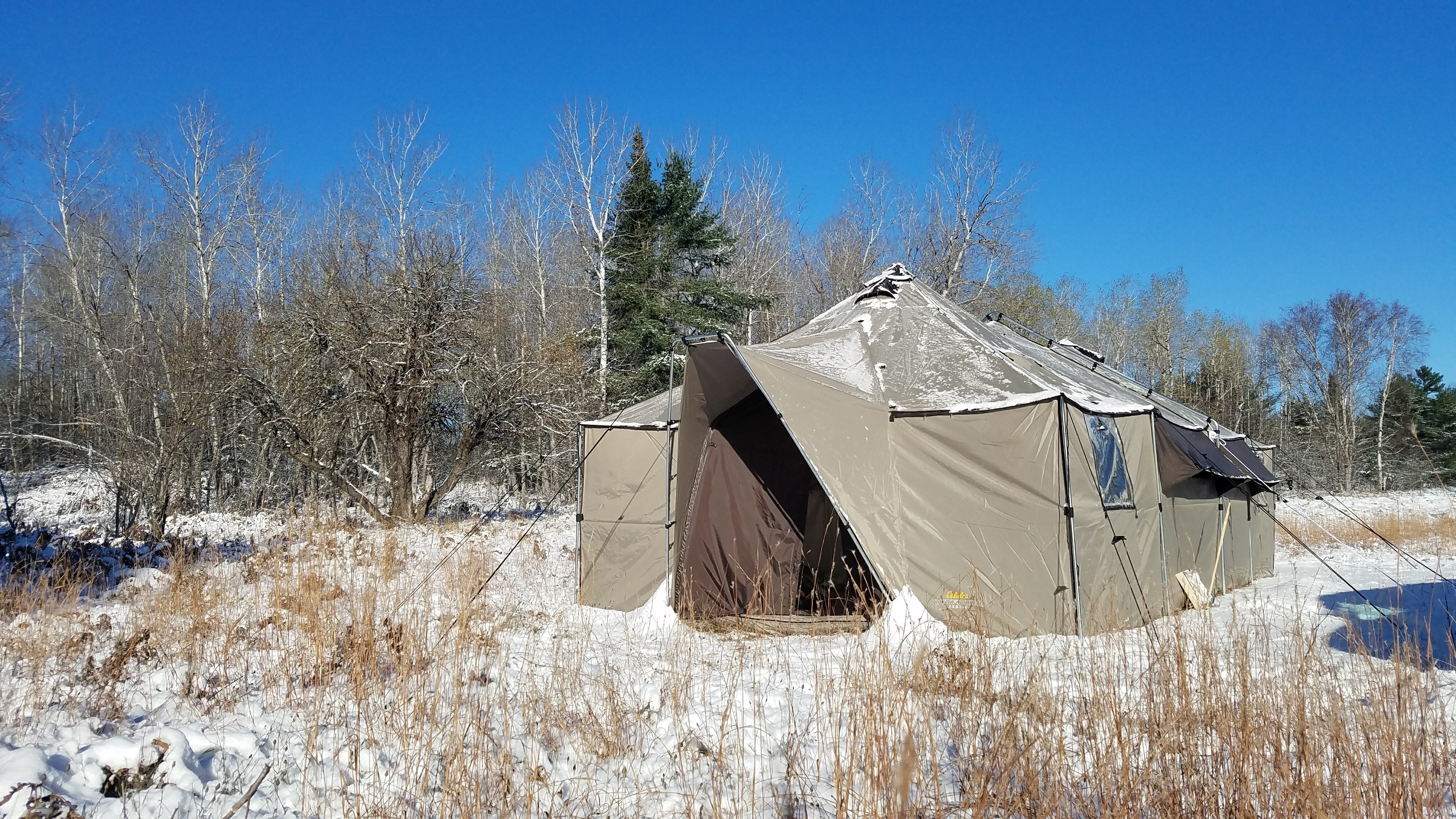 In the Northwoods of Michigan, we have a tradition called Deer Camp. It exists in many forms of hunting and fishing camps around the country, or really any get-together of a few close friends to enjoy the outdoors, each other’s company, and a deep exhale from the complexities of modern living.

My dad and grandpa first took me to Deer Camp when I was in college in an old trailer on 10 acres abutting state land on Beaver Island, in the middle of Lake Michigan. I was immediately taken by the tradition and aesthetics of the old trailer with wool hunting jackets hanging on pegs, gun oil and poker chips in the side table drawers, and the stillness of the woods as I sat shivering alone in my thoughts. I shot my first deer there but tracked it too soon, pushing it from one hiding place to another but never losing it in the snow. My dad heard the shot and followed my tracks to show me how to gut it out. We dragged it back to camp and the pride on my grandpa’s face is still with me even though he no longer is.

In the ensuing years, my dad and I went to Deer Camp whenever I could afford to take time off from college, usually over the long Thanksgiving weekend or the traditional Michigan firearm opener of November 15. Sometimes my Grandpa came with us – he’d founded the camp in the late 60’s with a few friends – and some years included my college roommate, my (then-future) father- and brother-in-law, or just the two of us. It was always a welcome respite from what seemed like pressures at the time of college classes, and for my dad it was a welcome break from work. 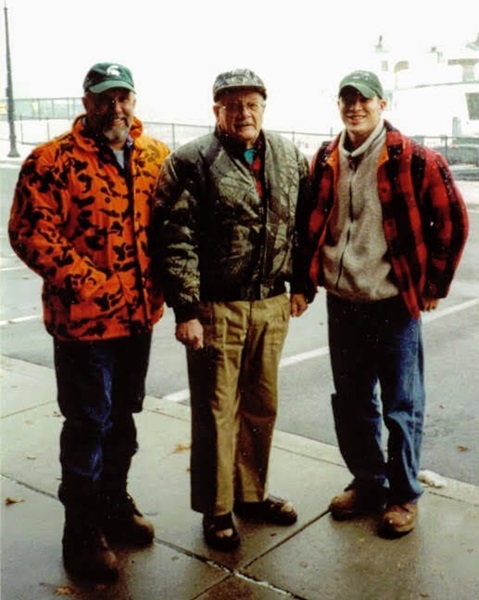 Seven years later I missed my first Deer Camp, unable to get time off from my job at the time as an investor services representative for a firm in downtown Chicago. It was just a couple months after I’d moved to the city and spending the opening day of deer season in a cubicle instead of a ground blind or still hunting that island swamp exacerbated my homesickness for northern Michigan. In between calls from shareholders I even wrote a poem about the “layers of insulation between me and civilization” that the swamp on the island in the middle of a Great Lake provided me.

Six years ago, my dad, my brother, my cousin, and I started a new deer camp in Pigeon River Country State Forest by setting up a wall tent on the largest contiguous tract of public land in Michigan’s Lower Peninsula. Our deer camp has killed a grand total of one deer – an eight-point buck I shot in 2015 – but that’s hardly why I look forward to Deer Camp each year. 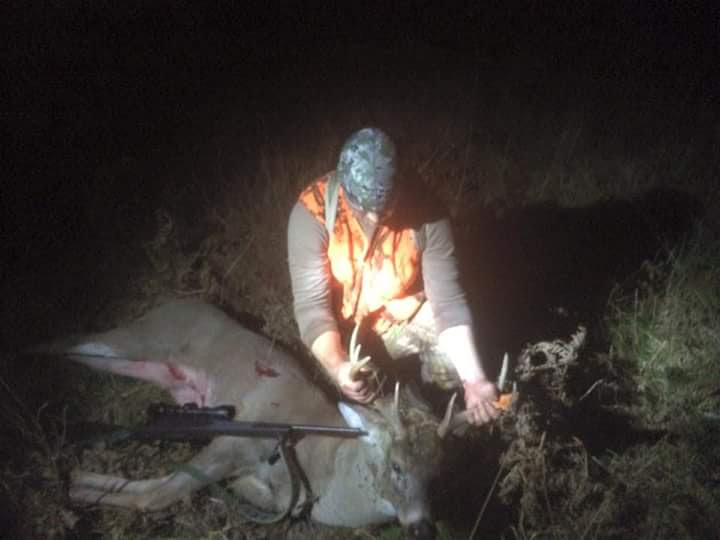 It’s seeing the glow from the tent coming in from a long hunt on a cold day. It’s sitting around the roll-up camp table in lawn chairs playing euchre while the fire crackles in the wood stove. It’s talking about everything in our shared histories with my dad, brother, and cousin, except politics, and nothing that leaves Deer Camp. Usually. It’s strengthening the bonds between us despite my brother and I being on almost opposite sides of the political spectrum with my dad and cousin somewhere in between. It’s waking up before dawn in my sleeping bag on a canvas cot to go through the familiar ritual of donning my hunting clothes, stepping into the cold and walking into the woods to be where I want to start my still hunt at the break of legal shooting light and then loading my copper bullets into my bolt-action rifle. It’s every sense attuned to nature and the anticipation that the next sound, glimpse, or scent might be a deer, and meeting back at camp for a warm lunch to check in on how everyone else’s morning hunt went. 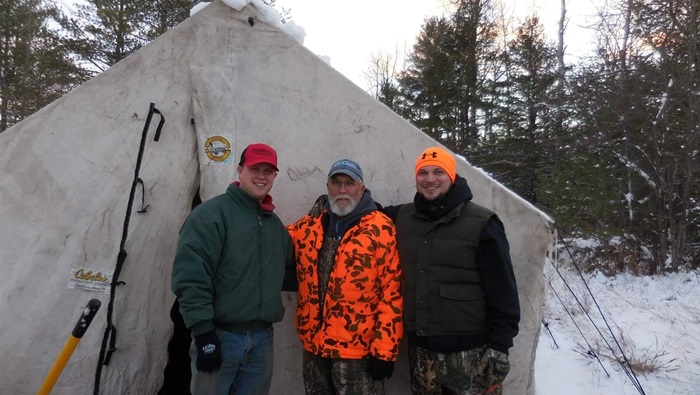 What it provides to each of us is a few days of relief from everyday stress, a bonding in shared circumstances and – especially in the coldest years – some shared suffering, time in nature, those same layers of insulation from civilization and social distance from everyone else on earth, yet strengthened relationships that transcend the political divide. I don’t know yet if everyone – including me - will make it to Deer Camp this year given the current COVID-19 situation in Michigan, but I know that I need it more than in any other year in recent memory, and only partly because I desire the venison I may be able to procure from it.

In fact, it seems the whole world could use a Deer Camp right now. Let’s take a break from modern stresses and bond in enduring ancient ones in nature, let’s put some layers of insulation between us and civilization, let’s focus on rituals that ground us in the moment, let’s check in on each other, and let’s strengthen our relationships across political divides. Let’s be a light in the dark for each other on a cold day.

I’d even invite you to our Deer Camp, but, you know, social distancing.