Coalition: Bi-Partisan leaders in Congress will need to, once again, restore funding after cuts by Obama Administration. 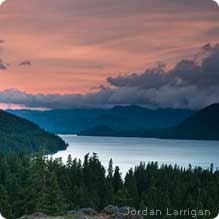 Republicans and Democrats in Congress will once again be called on to restore funding to successful federal Great Lakes restoration and protection efforts, following the release today of President Barack Obama’s budget, which slashes core Great Lakes programs.

For the second year in a row, President Obama has recommended cutting federal efforts to restore and protect the Great Lakes—a resource that more than 30 million people depend on for drinking water. The Obama Administration’s budget recommends slashing the Great Lakes Restoration Initiative from $300 million as currently appropriated in the fiscal year 2015 budget to $250 million. The initiative supports efforts to clean up toxic pollution, restore fish and wildlife habitat, combat invasive species, and reduce runoff from farms and cities.

Last year the Obama Administration recommended cutting the Great Lakes Restoration Initiative from $300 million to $275 million—a move summarily rejected by Republicans and Democrats in Congress, who rallied around the popular and successful program and restored federal funding to $300 million.

Commenting on the release of the president’s budget, Todd Ambs, campaign director for the Healing Our Waters-Great Lakes Coalition, said:

"This budget, for the Great Lakes, is a non-starter. We look forward to—once again—working with Republicans and Democrats in Congress to restore funding to Great Lakes protection efforts that are producing results for the environment and economy in communities across the region. Bipartisan leaders in the House and Senate have proven that they will stand up for the Great Lakes—and we embrace the opportunity to work with them again to keep federal Great Lakes restoration efforts on track."

Over the last six years, the Great Lakes Restoration Initiative has invested more than $1.9 billion in the Great Lakes states of Minnesota, Wisconsin, Illinois, Indiana, Michigan, Ohio, Pennsylvania, and New York, and has been widely credited with accelerating the restoration of one of the world’s most important water bodies.

Federal efforts have supported more than 2,000 projects, which have restored more than 110,000 acres of fish and wildlife habitat, opened up fish access to more than 1,900 miles of rivers, and helped farmers implement conservation programs on more than 280,000 acres of rural working lands. The Great Lakes Restoration Initiative has also funded important work on toxic hotspots around the region and as a result enough cleanup work has been completed to delist five of these formerly contaminated sites—in the previous two decades before the GLRI, only one site had been delisted.

The Healing Our Waters-Great Lakes Coalition