Five Years after BP Oil Spill: Focus Should Be on Continued Need for Restoration 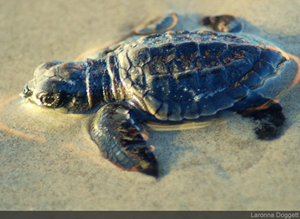 Monday, April 20, marks five years since the Deepwater Horizon rig exploded, killing 11 men and spewing at least 3.19 million barrels of oil into the Gulf of Mexico. In advance of the memorial, leading national and local conservation organizations working on Mississippi River Delta and Gulf Coast restoration – Environmental Defense Fund, National Audubon Society, National Wildlife Federation and Lake Pontchartrain Basin Foundation – released the following statement:
"As we approach the fifth anniversary of one of the worst environmental disasters in U.S. history, there is no question that the damage unleashed by the BP oil spill is serious, evident and ongoing. Five years have passed and BP is still sidestepping responsibility.

"Despite BP’s attempts to convince the public through high-priced publicity campaigns that the Gulf is fine, the negative impacts of its 'gross negligence' will be felt for decades. BP claims that the Gulf’s natural resources have rebounded, but peer-reviewed scientific studies and visible ongoing effects tell another story. Five years later, 10 million gallons of oil remain on the Gulf floor. Last month, a 25,000-pound BP tar mat was discovered on a Louisiana barrier island. And Cat Island – an important nesting site for brown pelicans and other coastal birds – has nearly disappeared since the spill. Even more troubling are the lingering effects not visible: significant damage from oil and chemical dispersants to the food web, wildlife and overall ecosystem of the Gulf Coast.

"In the courts of public opinion and science, BP’s claims that the spill’s effects are limited and that the Gulf has recovered have no merit. Rather than wasting additional precious time and money dodging blame, it’s time for BP to drop the publicity campaign, let the courts and scientific process decide, and then quickly pay for the damage it caused.

"The Gulf Coast depends on a healthy ecosystem to feed and fuel the nation, so ensuring that it’s comprehensively restored is not just a regional issue – it’s of utmost importance to people across the country. A recent poll found that 70 percent of Americans believe BP should pay the maximum fine allowed under the Clean Water Act. Clearly, America is stronger when the Gulf is stronger, both ecologically and economically. But in addition to the effects of the spill, Louisiana has been facing a land loss crisis for decades – since the 1930s, we have lost 1,900 square miles of land. Nowhere is restoration more needed than in the Mississippi River Delta, which was ground zero for the Gulf oil disaster. BP should put its money where it is most needed, toward meaningful restoration of America’s Gulf Coast, as opposed to legal fees and promotional dollars.

"We have a historic opportunity to restore the health of our wetlands, revive Gulf Coast economies that depend on them and make the Gulf Coast better than it was before the spill – but we must begin restoration now. Implementation of restoration plans cannot fully begin until BP accepts responsibility and pays. Thanks to vehicles like Louisiana’s Coastal Master Plan and the RESTORE Act of 2012 – which ensures that the Clean Water Act fines BP pays will be used for restoration – and by implementing our coalition’s recommended 19 priority projects, true progress can be made along the Gulf Coast before it’s too late."

A new infographic depicts ongoing impacts of the Gulf oil disaster five years later. And over the past year alone, new scientific research has surfaced:

A 2014 study found evidence of a 1,250-square-mile area of oil contamination on the ocean floor around the Macondo wellhead in deep Gulf sediments.
A new NOAA study found a large number of dead dolphins in heavily oiled places, including Barataria Bay, La.
Recent studies estimate 800,000 birds died as a result of being exposed to BP oil.
Modeling for a recent stock assessment projected that between 20,000 and 60,000 Kemp’s ridley sea turtles died in 2010 as a result of the spill.
A 2014 study found concentrations of PAH (polycyclic aromatic hydrocarbon) – which can cause harmful effects in many birds, fish and wildlife – in Barataria and Terrebonne marshes, which may persist for decades.
A 2012 study found that oiled marshes in Barataria Bay eroded at double the rate of non-oiled marshes.
A recent survey found that 70 percent of Americans believe BP should pay maximum fines under the Clean Water Act for its role in the 2010 Gulf oil spill.

Five Years and Counting: Gulf Wildlife in the Aftermath of the Deepwater Horizon Disaster