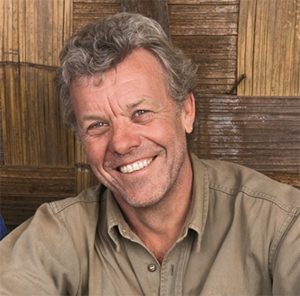 National Wildlife Federation and its treasured publication, Ranger Rick magazine, are pleased to announce that Pete Oxford, of Quito, Ecuador is the winner of the Ranger Rick 2014 Photographer of the Year Award. Each year this award is given to the professional photographer whose work in Ranger Rick has most effectively advanced the magazine’s mission: to inspire in young children a love and understanding of wildlife and the natural world.

Oxford’s eye-popping photos appeared in several 2014 issues of Ranger Rick and represented a broad range of wildlife, including a sailfish on the hunt, a charming Chachi treefrog, a grub-eating aye-aye, and a sssensational banded tree snake.

The contest judges took special note of Oxford’s ability to tell fascinating animal stories through photography, his subject versatility, his technical expertise, and his lifetime commitment to wildlife education and conservation.

"Pete is the ultimate can-do wildlife photographer," says Ranger Rick’s photo editor, Susan McElhinney. "He can drop down on all fours to capture the look on a tiny frog that is so intimate you immediately bond with it. Then he can turn his camera upward on a huge rhino being lifted by helicopter and transported to safety and thoroughly mesmerize you with the results. He can also put on scuba gear, dive into a school of sardines and photograph a sailfish swimming in wild swirls at 60 miles an hour. He’s truly amazing!"

A British biologist and conservationist, as well as a photographer and writer, Oxford has had a passion for wildlife and the natural world since childhood. "As long as I can remember," he says, "I have wanted to spend my life traveling and (involved) with wildlife. Having converted my dream to a career, my mission now is, through photography, to inspire in others an appreciation for the beauty, the importance, and the fragility of nature."

Oxford works as a team with his wife, Renee Bish. The two have traveled repeatedly to all continents in search of awe-inspiring images. Their photographs have appeared in many major national and international magazines, including National Geographic, Time, Smithsonian, BBC Wildlife, International Wildlife, Geo, and Airone. Oxford has also published 12 books on wildlife, conservation, and native cultures and is one of the founding members of the prestigious International League of Conservation Photographers.

Along with the distinction of being named Ranger Rick Photographer of the Year, Oxford receives a $1,000 prize and an announcement in the May 2015 issue of Ranger Rick.