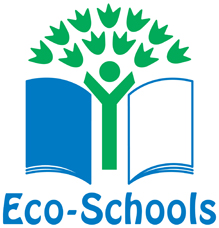 The NYC iSchool has been selected as winner of the National Wildlife Federation’s (NWF) 2015 Education award. The award is given to schools that implement outstanding work to pursue environmental education and leadership within their institution. The iSchool will receive their award on Thursday, May 14, 2015 at NWF's Conservation Achievement Awards Gala.

In 2014, the school was recognized by NWF’s Eco-Schools USA program with the Green Flag award, the highest distinction given to schools in the program that work to conserve natural resources and integrate environmental education into the curriculum. Peter Mulroy, the iSchool’s Earth Science and AP Environmental Science teacher, who also serves as the school’s sustainability coordinator, worked to design the environmental curriculum and taught a series of nine-week intensive science modules incorporating eight of the ten Eco-Schools Pathways needed for the Green Flag award – a first for a NYC Eco-School.

Through the science modules, students collected data on the school’s environmental impact and used the data to propose and implement lasting positive changes that would make the school a more sustainable place. Video recordings of their efforts were also taken throughout the project.

"Thanks in large part to Peter, the iSchool is inspiring students through hands-on, real world project-based learning that makes the school a national model for progressive standards-based science education,” said Emily Fano, senior manager of the NYC Eco-Schools USA program. "Mr. Mulroy boldly embraced NWF Eco-Schools USA’s program and sustainability “Pathways” like no other NYC teacher has before, and described his use of the program as one the most rewarding times of his teaching career."

Since its opening in 2008, the iSchool has grown from 100 ninth grade students to its capacity of 450 students. While creating the environmental education curriculum, Mulroy worked closely with conservation groups such as NWF, Trees NY, the Lower East Side Ecology Center and the NYC Audubon Society.

"We hope this award will challenge other schools to see that by connecting students to local and global issues they care about, it can inspire and engage them in learning, while simultaneously helping the environment and creating a better future for them all," said Fano.

Buy your ticket here!
Have Questions?