64% of Ohio voters agree that regulations to curb farm runoff should be mandatory, not voluntary 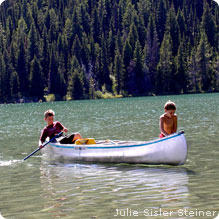 A new statewide Ohio survey reports that most voters in Ohio favor stronger state and federal regulations to protect the state's rivers, streams and lakes, which are sources of drinking water and recreational activities. The survey reveals a broad desire for the state government to take immediate action to stop polluted farm run-off from getting into Lake Erie and other waterways.  Majorities also support restoring coverage of the federal Clean Water Act to streams and wetlands and continuing the federal government’s multi-million-dollar investment effort to restore the health of the Great Lakes.

Read the results at: http://healthylakes.org/ohio-poll-may-2015/

"The people of Ohio care deeply about clean water," said Paul Fallon, president of Columbus-based Fallon Research & Communications, Inc., which conducted the survey. "Ohioans are even willing to back stronger regulation to protect Ohio waters and Lakes Erie from pollution and farm field run-off."

"The poll also underscores a strong pragmatism," said John Russonello, partner at Belden Russonello Strategists, LLC, who crafted the poll questions. "Ohioans see federal investments to restore and protect Lake Erie and the Great Lakes as a good use of taxpayer dollars and want to see those investments continue. If something’s working, then don’t mess with it."

The poll comes as the state of Ohio decides how best to tackle the vexing problem of algal blooms fueled by farm field runoff following a summer in which harmful algal blooms contaminated drinking water for more than 400,000 people in and around Toledo. At the same time, the federal government is considering whether it will continue to invest in Great Lakes restoration and protection efforts as well as restore Clean Water Act protections to waters that more than 117 million people across the nation—and 5 million people in Ohio–depend on for drinking water.

"We are at an important time when state and federal elected officials have the opportunity to act to protect Ohio’s—and the nation’s—waters," said Todd Ambs, campaign director for the Healing Our Waters-Great Lakes Coalition. "We urge them to seize the day and to support clean water efforts that are good for the environment and economy."

Highlights of the poll include:


When presented with both sides of the debate over restoring Clean Water Act protections to these waters, 54% of Ohio voters agree that the Act should apply to small streams and wetlands because it would "protect our health and important habitats from dangerous pollution,” while 36% agree that "we should not apply the Clean Water Act to wetlands and small streams because it will hurt Ohio’s farmers who will be forced to comply with unnecessary regulation."


78% of voters want to continue the federal government spending $300 million a year to improve the condition of the Great Lakes by cleaning up toxic waste and bacteria, reducing run-off pollution from cities and farms, and protecting and rebuilding wetlands.14% oppose continuing this federal funding.


Majorities of voters see value in the specific activities of the federal government to restore the Great Lakes:

"Ohio voters clearly understand that healthy water and healthy policy choices go hand-in-hand," said Mike Shriberg, regional executive director for the National Wildlife Federation’s Great Lakes Regional Center. "I hope that this poll is a catalyst for continued action to protect clean water that is essential for people and wildlife."

"Since last summer’s drinking water crisis in Toledo, the state of Ohio has been ground zero for discussions on how best to protect and restore our water resources," said Kristy Meyer, co-chair of the Healing Our Waters-Great Lakes Coalition and managing director of agricultural, health and clean water programs for the Ohio Environmental Council. "The good news is that we have solutions to these problems—solutions that the public overwhelmingly supports. Now, it’s up to elected officials to act."

The poll was paid for by the Healing Our Waters-Great Lakes Coalition and the National Wildlife Federation.

The survey of 805 general election voters was conducted by Fallon Research of Ohio, from questions written by Belden Russonello Strategists LLC in Washington, D.C.  Interviews were conducted by telephone from May 13 to May 16, 2015; margin of sampling error for the entire survey is plus or minus 3.45 percentage points.