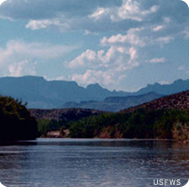 In a unanimous 3-0 decision that has ramifications for waters across the country—from Long Island Sound to the Great Lakes to the Gulf of Mexico to San Francisco Bay—the U.S. Court of Appeals 2nd Circuit today ruled that the U.S. EPA failed its responsibility under the Clean Water Act to protect U.S. waters from aquatic invasive species introduced by ballast water discharge. Ballast water invaders cost citizens, businesses, industry, and municipalities billions of dollars annually due to damages and control costs.

Northwest Environmental Advocates, Center for Biological Diversity, Natural Resources Defense Council, and National Wildlife Federation sued the EPA over the agency’s ballast water permit, which limits the amount of live, biological pollution ships can discharge into U.S. waters. The conservation groups asserted that the permit was ineffective and would not protect U.S. waters from future invasions of non-native species. The court agreed. The current permit, as conservation groups requested in their lawsuit, will stay in effect until the EPA releases a new, stronger permit.
Conservation groups hailed the court’s decision:
“The court understood the real world implications of EPA’s failure, the incredible economic and environmental expense of invasive species that this EPA permit allows the shipping industry to release upon the waters of the United States,” said Nina Bell, Executive Director of the Oregon-based Northwest Environmental Advocates (NWEA).  “The court ruled against EPA on nearly all grounds, establishing that the Clean Water Act cannot be addressed through a series of bureaucratic checklists that fail to provide real protection to the nation’s waters.”
“This is a huge win for our environment, economy, fish, wildlife, communities, and businesses,” said Marc Smith, policy director for the National Wildlife Federation. “The court, in no uncertain terms, has told the federal government that it needs to uphold its responsibility under the Clean Water Act to protect our drinking water, jobs, and way of life. This decision is welcome news for the millions of families, anglers, hunters, paddlers, beach-goers, and business owners who have borne the brunt of damages from aquatic invasive species for far too long. We look forward to working with the U.S. EPA to put in place safeguards that adhere to the Clean Water Act and protect all of our nation’s waters that are essential for people, fish, and wildlife. It’s time to slam the door on this serious threat once and for all.”
“Today’s decision is a big victory for the Great Lakes and our nation’s waters,” said Rebecca Riley, senior attorney, Natural Resources Defense Council (NRDC). “Aquatic invasive species like zebra mussels and quagga mussels impose billions of dollars of costs on our economy every year, damaging infrastructure like public water supplies and energy generation systems, and devastating commercial and recreational fisheries. The court made it clear that EPA cannot give up in the fight against invasive species; more can and must be done to protect the Great Lakes and other critically important waters.”
“This ruling means that EPA needs to get serious about regulating ballast water in ships that has wreaked havoc on local ecosystems including the San Francisco Bay,” said Miyoko Sakashita, oceans director, Center for Biological Diversity. “Every year 21 billion gallons of ballast water are dumped into our waters with all sorts of invasive species that destroy local diversity.”