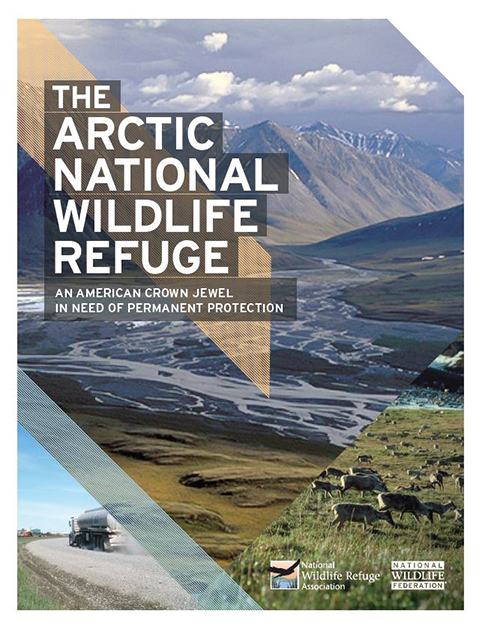 Pointing to the renewed efforts of the Governor of Alaska to press for drilling in the nation’s largest and wildest refuge in the wake of Shell’s decision to abandon its drilling plans for the Chukchi Sea, the National Wildlife Federation and the Refuge Association say their new campaign will help show why all Americans have a stake in protecting the Arctic Refuge. In their joint report The Arctic National Wildlife Refuge: An American Crown Jewel In Need Of Permanent Protection, the groups show how migratory birds and waterfowl that nest or feed in the Arctic Refuge traverse the country, flying to or through many of the more than 560 wildlife refuges throughout the country.

“America’s Arctic National Wildlife Refuge is one of the last places on earth that has been undisturbed by human development, and we owe it to our children and their children to permanently protect this invaluable resource,” said David Houghton, president of the National Wildlife Refuge Association. “By permanently protecting the Arctic Refuge, we are safeguarding a unique and irreplaceable wildlife mecca while honoring the integrity of our shared conservation values in America.”

In April, President Obama sent a formal request to Congress to pass legislation designating most of the Arctic National Wildlife Refuge and it’s biologically significant Coastal Plain as wilderness - the highest level of conservation protection - to preserve it forever for wildlife and people. The report highlights the deep Republican ties to both creating the National Wildlife Refuge System and the Arctic Refuge, established by Presidents Theodore Roosevelt and Dwight Eisenhower, respectively.

The Refuge Association and National Wildlife Federation report lays out the case for permanently protecting the Arctic Refuge Coastal Plain including:

No need for Arctic Refuge oil. With many politicians and the oil industry now calling for the export of U.S crude oil, the report points out how past arguments about energy security don’t hold scrutiny. The report notes that even optimistic, speculative assumptions about refuge oil have the area meeting less than 5% of U.S. oil needs at peak production decades from now. Conservation measures and increased domestic oil production led U.S. oil imports to decline from 12.5 million barrels per day in 2005 to 5 million in 2014. Increased fuel economy standards, when fully implemented, will save the United States more oil than we import from the Persian Gulf and Venezuela combined.
Climate change. Air temperatures on the Arctic Refuge have already increased by several degrees Fahrenheit and are projected to warm 6° by 2040, shrinking habitat and food sources. Burning the Refuge’s oil and gas reserves would not only add fuel to the fire but would exacerbate the risks to polar bears and other species already struggling in the face of melting sea ice.
Wildlife. This is a rare chance to protect a small slice of true American wild in pristine condition, not only for the protection of the fish, wildlife and migratory birds that depend on it, but also for the Native Alaskans and future generations of Americans. No other protected area in the entire five nation circumpolar north has such abundant and diverse wildlife.
Wilderness. Together with the two adjacent Canadian National Parks, the Arctic Refuge is largest and wildest protected landscape in North America, affording unparalleled opportunities for those seeking the solace of undisturbed areas and is vicariously enjoyed by many throughout our nation who will never be able to personally experience it. Few areas on Earth remain as unspoiled as the Arctic Refuge.
Native people. Indigenous populations subsist on the Refuge’s abundant natural resources, particularly the Gwich’in, who live in 15 villages along the Porcupine Caribou Herd’s migration routes. Oil and gas drilling and industrialization in the Arctic Refuge threaten their way of life.
“As a duck hunter, I know the importance of the Coastal Plain for waterfowl, and as a wilderness that must be forever protected,” said Joe Hoffmann, president of the Minnesota Conservation Federation, state affiliate of NWF. “As hunters we owe this protection not only to future generations, but to the wildlife that reside in these critical habitats.”