How Sea-level Rise Harms Wildlife and Recreation Economies along the U.S. Eastern Seaboard 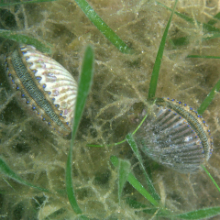 Washington, DC – A new report from the National Wildlife Federation details the increasing threats posed by sea-level rise to wildlife in states along the Eastern Seaboard and makes the case that we must combat these threats through comprehensive policies that address the cause of the climate change – carbon pollution – as well as the sea-level rise that is already occurring and future sea level rise we cannot avoid. The report sets forth solutions that should be enacted at all levels of government – federal, state, and local – to protect wildlife and communities from the significant impacts of sea level rise.

“Left unchecked, the combination of sea level rise and extreme storms pose an unprecedented threat to coastal communities, ecosystems, and wildlife. As communities up and down the eastern seaboard have experienced, the impacts will range from widespread flooding and inundation of protective tidal marshes to beach erosion and saltwater intrusion. Such consequences damage state economies that depend on the rich natural resources and outdoor recreation opportunities the coast provides. Important places and wildlife all along the coast from the Everglades in Florida to Acadia National Park in Maine are at risk if action is not taken. We look forward to working with coastal communities and conservation partners to implement comprehensive solutions to both reduce harmful climate-disrupting carbon pollution and bolster natural systems that will help mitigate the impacts of sea-level rise we are not able to avoid.”

Even at the lower end of sea-level rise projections, the impacts on coastal habitats and human communities could be devastating. And yet, recent science suggests that even the higher-range scenario underestimates the amount of sea-level rise we could experience. By some measures, sea levels are projected to rise by six feet or more by 2100 if drastic emission cuts are not made soon.

Impacts of sea-level rise on the East Coast include:

As the risks from sea-level rise continue to grow, so, too, has the impetus for states and communities to prepare for changes that are occurring, or will occur in the near future, by taking action to mitigate impacts and improve coastal resilience – a strategy referred to as adaptation. In the wake of increasingly dire projections for sea-level rise, however, it is equally essential that we prevent the worst outcomes by significantly reducing the nation’s greenhouse gas emissions that are the root cause of sea level rise – a strategy known as mitigation.

In light of the growing evidence that human-induced climate change is already altering our landscape and natural resources, America must become far more diligent in its effort to craft meaningful and efficient solutions.