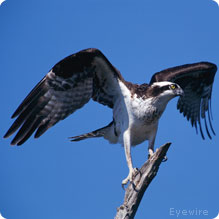 Today, Florida and national conservation groups announced that 67,000 Americans had signed petitions asking Governor Scott to honor the state-federal partnership that protects the last piece of the historic Everglades ecosystem in Palm Beach County as a National Wildlife Refuge.

The groups who worked on the petition drive agree that continuing the partnership between the South Florida Water Management District and Fish and Wildlife Service is the best way to leverage the resources needed to combat the aggressive invasive species found in the refuge. If the state terminates the agreement, it will lose the $2 million annually that the Fish and Wildlife Service has been spending to fight these invasive species.

Here’s what leaders from these groups had to say:

Collin O’Mara, National Wildlife Federation, President and CEO
“The people have spoken loud and clear: The Florida Everglades are one of America’s natural treasures.  It's imperative that we keep this splendid habitat in the refuge system with its high water quality standards intact. This haven for wading birds is too important to lose as a National Wildlife Refuge and we would like to see the current collaborative approach continue.”

Manley Fuller, Florida Wildlife Federation, President
“The Florida Wildlife Federation strongly supports the continued management of Water Conservation Area One as the Arthur R Marshall Loxahatchee National Wildlife Refuge. We also believe ongoing challenges such as the need for effective control or eradication of invasive species should be addressed by cooperative approaches among federal, state, district, and local  agencies and supportive entities to solve these problems."

Julie Hill-Gabriel, Audubon Florida, Deputy Director for Policy
“We are urging Governor Scott to work with his Water Management District appointees to find a solution that continues the partnership with the U.S. Fish & Wildlife Service. The Governor has a history of bringing the right people together to overcome challenges in the Everglades. He now has an opportunity to find a solution that preserves the Arthur R. Marshall Loxahatchee National Wildlife Refuge while charting a path forward to efficiently tackle invasive exotics in the Refuge and around Florida.”

Rob Moir, Ocean River Institute, Executive Director
“Management in partnership of the Loxahatchee NWR is working and the public is walking the raised trail in the largest remaining remnant of a cypress strand separating the pine flatwoods and Everglade marshes.”

Ben Prater, Defenders of Wildlife, Southeast Program Director
“The Loxahatchee National Wildlife Refuge is a vital part of our nation’s conservation heritage, supporting over 250 species of birds and other wildlife every year. We strongly encourage the South Florida Water Management District to strengthen its partnership with U.S. Fish and Wildlife Service to ensure that Loxahatchee remains a National Wildlife Refuge rather than revert to a Water Conservation Area that prioritizes water storage over wildlife protection.”