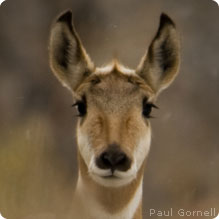 Today the National Wildlife Federation (NWF) ran an ad buy in the print edition of Roll Call thanking Interior Secretary Sally Jewell for her commitment to review the federal coal leasing program, to the benefit of our public lands, water, air and wildlife.  The ad coincides with a Senate Energy and Natural Resources hearing on Interior’s FY17 budget proposal, at which Secretary Jewell is slated to testify, as well as a House Natural Resources committee hearing on the President’s budget proposal slated for March 1.

Last month, the Interior Department announced a comprehensive review of the federal coal program. The review – the first in over 30 years – will help to answer critical questions about the future of coal development on public lands, which comprises 40% of all coal mined in the U.S.  It is needed not only to ensure taxpayers receive a fair return when the public’s coal is leased and mined, but also to ensure that wildlife habitat is protected in areas being considered for coal mining development.  Currently, the coal industry only pays an average of 12% in royalties for development, whereas the oil and gas industry pays an average of 18-20%.   Sportsmen applaud this common sense policy to more fully assess the costs that coal mining is imposing on fish and wildlife.

“By taking a sensible step to modernize the federal coal leasing program and following precedent established by previous Republican and Democratic administrations, Secretary Jewell is responding to the sportsmen, local communities, landowners and taxpayer advocates who have been calling for change,” said Collin O’Mara, president and chief executive officer of the National Wildlife Federation. “The federal coal program has been broken for decades, with leases given away at bargain basement prices to the detriment of America’s wildlife, public lands, and outdoor experiences. The review process is an important step towards recovering species like mule deer, pronghorn, elk, and sage grouse, and addressing the more than $3 billion of taxpayer money that it will take to clean up the public lands and water contaminated by coal mining in the west.”

Recent polling has shown that the pause on new coal leasing has broad support, not only in the West, but from Americans across the country: two in three voters (67 percent) have a favorable view of the Obama administration’s decision to undertake a comprehensive review of the federal coal leasing program, and its decision not to issue new leases during this period.

“The U.S. coal industry has provided the nation with cheap power for decades, but at a steep cost to our wildlife and the health of our public lands,” said New Mexico Wildlife Federation Executive Director Garrett VeneKlasen. “Sportsmen have always supported responsible energy development. This pause on future coal leases on public lands will help ensure that, going forward, coal companies – not the American public – will foot the bill on protecting our public lands and the wildlife they support.”