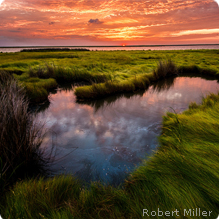 The U.S. Supreme Court today denied the request of the American Farm Bureau Federation and its allies to take up their case challenging the legality of the Chesapeake Bay clean-up plan known as the Chesapeake Clean Water Blueprint. That decision means that the ruling of the Third Circuit Court of Appeals will stand. That unanimous ruling found that EPA did not exceed its authority and that the efforts to restore local rivers, streams, and the Chesapeake Bay are entirely legal.

Background
In the Chesapeake Bay region, there have been decades of failed voluntary efforts to reduce pollution and restore water quality. As part of the 2010 settlement of a Clean Water Act legal action by the Chesapeake Bay Foundation (CBF) and its partners, the states and EPA worked cooperatively to established science-based limits on the pollution fouling the Chesapeake Bay and its rivers and streams (formally known as a Total Maximum Daily Load, or TMDL).

In addition, each state developed its own plan to achieve those limits and committed to two-year milestones that outline the actions they will take to achieve those limits. EPA promised consequences for failure. Together, the limits, plans, and milestones make up the Chesapeake Clean Water Blueprint and represent what many consider the moment in time for clean water in the Chesapeake Bay.

A peer-reviewed economic analysis commissioned by CBF found that achieving the pollution limits would return $22 billion annually in natural benefits.

Within weeks of the 2010 announcement, the Farm Bureau and its allies filed suit in federal court claiming EPA over-reach. After losing in federal District Court, they appealed to the Third Circuit Court of Appeals. That three-judge panel agreed with the lower court and unanimously rejected the Farm Bureau's claims. They subsequently appealed to the Supreme Court and today's decision ends their challenge.

In response
CBF, NWF and additional partners intervened in the suit in support of EPA. Today, in light of the Supreme Court decision, the partners issued these statements:

"We applaud the Court's decision to let the lower courts' affirmation of the Chesapeake Bay Blueprint stand. Today is a great day for the Chesapeake's fish, crabs, and other wildlife. Now it is time for all parties to the lawsuit to come together, roll up their sleeves, and work collaboratively to restore the Bay."

"This is a historic day for the Bay. Everyone who cares about clean water can breathe easier now that the Supreme Court has let stand the lower court decision that Chesapeake Clean Water Blueprint is perfectly legal under the federal Clean Water Act.

"Now that all of the legal challenges have been denied, we hope those who have opposed the Chesapeake Clean Water Blueprint will devote their time, expertise, and money to working with all of the clean water partners to help Save the Bay. We have consistently urged partnership not litigation, and now we hope to achieve it.  Let's show the world that the polarization which poisons so much of our society today can be rejected here on the Bay. Our collective and collegial efforts to Save the Bay, a true national treasure, can be a model for other waters worldwide."

"For five years we have fought in the courts to defend a commonsense solution to reducing pollution, a solution borne of a cooperative relationship between the states, the federal government, and the citizens of the Bay Region. Today, that fight has ended. Now, we can all lay down the law books and focus on the hard work of restoring the Bay to a healthy and vibrant state."

"The U.S. Supreme Court has made the right call. The Chesapeake Bay Blueprint will help restore the incredible economic and recreational benefits that a clean, healthy Bay provides, and will ensure that the water and wildlife of the Bay are protected."

"The Blueprint is a significant partnership across states and sectors to correct years of pollution, degradation, and impairment to the Chesapeake Bay watershed. Today's ruling upholds a science-based plan to improve water quality and public health here in Pennsylvania and throughout the Bay states."

"This decision reaffirms EPA's authority to develop the cleanup plan for the Chesapeake Bay. We are glad that all efforts can focus now on restoring water quality in this national treasure, and we believe that moving forward with the Chesapeake Clean Water Blueprint will provide tremendous economic, health, and environmental benefits."

"Having the Supreme Court let stand the lower court affirmation of the legality of the Clean Water Blueprint gives strong support to the work of Eastern Shore counties, communities, and individuals who are working to clean up our local rivers, streams, and the Chesapeake Bay. That work protects human health, and improves the quality of life as well as local economies across the Shore."