The House passed H.R. 5538, the Department of the Interior, Environment, and Related Agencies Appropriations Act, 2017 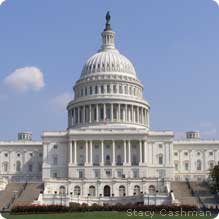 “Americans overwhelmingly want cleaner air, cleaner water, and thriving wildlife populations. Unfortunately, instead of coming together to pass a truly bipartisan bill that invests in our natural resources, the House today passed a bill that, if enacted, would harm our nation’s wildlife and iconic landscapes. The Interior bill cuts funding for several key conservation priorities and blocks measures that would protect millions of acres of wetlands and streams, reduce carbon pollution, and enable the president to designate new lands for protection.

At the same time, we are very optimistic about the growing bipartisanship in Washington on conservation issues. Only two weeks ago, Republicans and Democrats came together to enact landmark reforms to the Toxic Substances Control Act which will improve protections for public health and wildlife from the discharge of hazardous chemicals into the environment. And last week, Congressman Don Young (R-AK) and Representative Debbie Dingell (D-MI) came together to introduce a bill to dedicate $1.3 billion to restoring America’s wildlife (H.R. 5650).  Bipartisan efforts to expand sportsmen opportunities and improve forestry management also continue to work their way through the political process.

This bill diverges from these bipartisan approaches. It halts common sense, pragmatic conservation efforts such as collaborative plans to save the greater sage-grouse and sagebrush lands, which support more than 350 different species. And it blocks the President from protecting our most treasured and imperiled landscapes by using the Antiquities Act, as every Democratic and Republican President has done since Theodore Roosevelt.

We encourage Congress to pass a final Interior Appropriations bill that better reflects the overwhelming sentiment of hunters, anglers, and outdoor enthusiasts from all walks of life and political stripes that our natural resources should be invested in and protected for this and future generations.