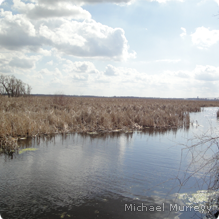 ANN ARBOR, MICH. (September 8, 2016) – As members of the U.S. Congress return to Washington, D.C., after a nearly two–month recess, the Healing Our Waters-Great Lakes Coalition is urging members of the House and Senate to act on Great Lakes restoration priorities that protect the drinking water for 30 million people and are essential to the eight-state region’s economy.
In a letter sent today to Congressional offices, the Coalition is urging public officials to authorize and fund core Great Lakes restoration programs such as the Great Lakes Restoration Initiative, as well as necessary investments to fix and modernize sewers and drinking water infrastructure in the region. The Coalition is also asking lawmakers to contribute federal funds to help the people of Flint, Mich., deal with systemic lead poisoning of families in the city.
The Coalition’s call for action comes at a critical time. Federal lawmakers need to pass a federal budget before October 1. While Congress will likely pass a short-term budget deal that funds the government through the November elections, public officials will have fewer days to pass legislation—potentially jeopardizing key initiatives that impact people and communities.
“Congress needs to act with urgency on Great Lakes priorities that protect our drinking water, uphold our public health, and support our economy,” said Todd Ambs, campaign director for the Healing Our Waters-Great Lakes Coalition. “Over the last several years, Congress and the Obama Administration have helped make Great Lakes restoration a national priority and we’re making progress in communities across the region. But serious threats remain. We can’t afford to stop now. Projects to clean up our lakes will only get harder and more expensive the longer we wait.”
The Coalition is asking Congress to:
Fund core Great Lakes restoration programs such as the Great Lakes Restoration Initiative at $300 million to protect the drinking water, health, and economy of the region by restoring fish and wildlife habitat, cleaning up toxic pollution, fighting invasive species, and reducing runoff from cities and farms. The Coalition is also calling for $1.3 billion to fund wastewater infrastructure and over $1 billion for drinking water infrastructure in the region and across the nation.
Authorize the Great Lakes Restoration Initiative for the next five years so that Great Lakes restoration and protection remain a priority for the next Congress and next president.
Include Great Lakes priorities in the Water Resources Development Act, including provisions to help Flint, Mich., deal with lead poisoning in communities. Provisions in the national water bill include federal funding for drinking water infrastructure improvements as well as establishing a testing program for schools and childcare facilities.
The Healing Our Waters-Great Lakes Coalition consists of more than 140 environmental, conservation, outdoor recreation organizations, zoos, aquariums and museums representing millions of people, whose common goal is to restore and protect the Great Lakes. Learn more at www.healthylakes.org or follow us on Twitter @healthylakes.