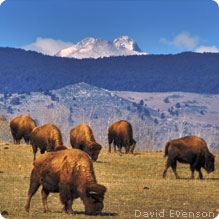 WASHINGTON, D.C. - Today, President Trump signed Executive Orders paving the way for dangerous oil pipelines to move forward. The actions come days after scientists pegged 2016 as the hottest on record—and as communities, businesses, industries, and farmers grapple with the environmental and economic impacts of a warming climate.

The executive orders reverse decisions by the Obama Administration and set the stage for approval of the Keystone XL pipeline and the Dakota Access Pipe Line.  The proposed Keystone XL pipeline is a 1,100 mile pipeline that would travel from the Canadian border to Cushing, Okla., and would carry dangerous tar sands oil.  Tar sands oil—a type of oil that takes tremendous amounts of energy to produce and has left a legacy of marred habitat and toxic water—is especially dangerous to wildlife when it is spilled into waters, and it results in far more greenhouse gas emissions than conventional oil.  Keystone XL was denied in November 2015 because the State Department determined it would not serve the country’s national security, environmental or economic interests.

The Dakota Access Pipe Line is 1,100 mile pipeline that would transport oil from the Bakken fields in North Dakota to an oil tank farm in Illinois.  This pipeline was also blocked by the previous administration in December 2016 when the U.S. Army Corps of Engineers denied a federal easement over concerns to drinking water supplies. The pipeline’s proposed route crosses waters that provide drinking water to tribes and others.  It has been the subject of ongoing protests, including an unprecedented coming together of tribes to call attention to concerns over threats to tribal waters and interests.

“It is critical to wildlife, tribes and people who enjoy the outdoors that major oil infrastructure projects receive a thorough, transparent review to ensure that serious concerns about threats to waters, habitat and the climate are considered.  If these pipelines pose unacceptable threats, or move along improper routes that unnecessarily threaten wildlife or people, they should be rejected or reconsidered,” said Jim Murphy senior counsel for the National Wildlife Federation.  “Today’s action is a step in the wrong direction that will cut people out of the process, undercut meaningful review of these projects, and almost certainly place wildlife, wild places and people at risk of a devastating oil spill.”

Of particular concern are other regional projects that could be greenlighted by today’s action without proper environmental or community considerations.  In the Great Lake’s region, for example, various pipeline projects could increase transport of toxic tar sands by over 1 million gallons per day. The Great Lakes region already knows tragedy from a tar sands spill when a major pipeline burst in 2010, spilling more than 840,000 gallons of tar sands oil into the Kalamazoo River and surrounding wetlands. The cleanup costs from this spill has exceeded $1 billion dollars and parts of the river may be impaired from this spill for the foreseeable future.

“The Great Lakes region knows the high costs of poor federal oversight of dangerous oil pipelines, particularly when impossible to clean up tar sands are being transported.  This region, its people and its wildlife cannot afford another Kalamazoo,” said Mike Shriberg, NWF’s Great Lakes regional executive director.  “Without proper protective measures and meaningful review, the chance of another major disaster for wildlife is simply too high.  The next spill could be directly into our treasured lakes, harming wildlife and recreation for decades.    The National Wildlife Federation will continue to work at all levels of government to ensure that the region’s streams, rivers and lakes are safeguarded from another Kalamazoo.”

In the Northeast, Exxon-owned Portland Pipe Line Company has been eyeing reversing a now largely unused conventional oil pipeline traditionally used from bringing oil from Portland, Maine, to Montreal for refining for tar sands use.  The effort was halted when South Portland, Maine, passed an ordinance protecting its waterfront from the type of intrusive pollution infrastructure needed for such a reversal.  That ordinance is being challenged in court.  Should the pipeline company prevail, efforts to move dangerous tar sands oil through some of the most sensitive regions in the New England are likely to be revived.

“This decision places the wildlife and people in New England at potentially severe risk,” said Curtis Fisher, regional executive director of the National Wildlife Federation’s Northeast Regional Center.  “The pipeline company’s intent is known, and it involves moving nearly impossible-to-clean-up tar sands oil through the precious Northeast Kingdom of Vermont, under the Connecticut River, and along the shores of Sebago Lake, a major drinking water source for Mainers. A spill in any of these areas could turn a treasure into a toxic waste site unsuitable for wildlife or recreation. Today’s decision means that state and local level efforts – such as land use permitting under Act 250 in Vermont – may be determinative as to whether this region becomes a pass through for dirty, dangerous oil the region does not need and does not want.”

“If we lose the ability to pursue meaningful pipeline reviews at the federal level, we’ll continue the fight against dirty and dangerous tar sands right here in Vermont,” said Johanna Miller, Energy Program Director at the Vermont Natural Resources Council.   “Forty two towns have passed resolutions opposing the Portland-Montreal pipeline flow reversal because they understand the potential disastrous impacts from a tar sands oil spill to their rural economy, natural resources, pocketbooks and quality of life.”

In addition to the Portland-Montreal pipeline, there are other proposed pipelines in the Northeast that will be affected by these executive orders. These include the Pilgrim Pipelines, which would transport oil from Albany, New York to Northern New Jersey and refined oil back.  In addition to threatening the lower Hudson River with spills, the pipelines will also increase the risky transportation of oil along a rail corridor from Montreal to Albany that runs along iconic Lake Champlain and contribute to climate change.

Peter Iwanowicz, executive director of the Environmental Advocates of New York said, “With the announcements out of D.C. yesterday, it is clear that Governor Cuomo and other state leaders will need to be to true beacons of climate leadership – they will need to be the ones opposing pipelines that will leak, poison our water and wreck our climate.  The first step Governor Cuomo must take is to reject the Pilgrim Pipelines, and then he must turn his climate and clean energy aspirations into action with enactment of the Climate and Community Protection Act.”