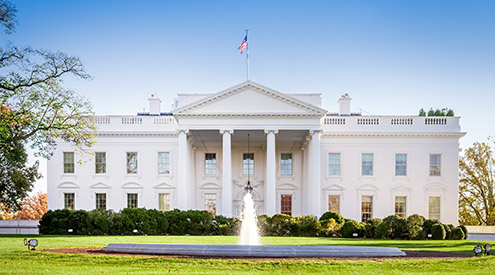 WASHINGTON, D.C. (October 27, 2017) – President Trump has reportedly told Utah Sen. Orrin Hatch that he will order a cut in Bears Ears National Monument, a 1.35-million-acre protected area of public land in southeast Utah, along with Utah’s Grand Staircase-Escalante National Monument, and Nevada’s Gold Butte National Monument. According to the Washington Post, “Interior officials have privately indicated that the administration plans to shrink [Bears Ears] by hundreds of thousands of acres.” More cuts to National Monuments across America may be still to come.

Just this week, a new ad began airing in the Washington, D.C., area featuring a delegate of the Navajo Nation Council calling on President Trump to “protect America’s heritage, protect our national monuments,” including Bears Ears National Monument, which an intertribal coalition has worked for decades to protect.

“Let’s not mince words – President Theodore Roosevelt, who signed the Antiquities Act and created the first national monuments, would have fought tooth and nail against efforts to significantly downsize protected areas and allow mining and drilling operations in sacred places. In fact, when Roosevelt faced special interests who were preparing to expand mining operations near the Grand Canyon and build a railroad along its rim, he stood up and designated it as a National Monument. It is hard to believe that this anti-conservation decision is being made on the birthday of America's greatest conservation President.

“President Trump should listen to tribal leaders. If the Present indeed plans to cut Bears Ears and Grand Staircase Escalante National Monuments, he will be breaking the promises made to tribal leaders to respect their interests, culture, and sovereignty. Bears Ears was designated after a long collaborative process, led by an inter-tribal coalition representing the Hopi Tribe, Navajo Nation, Ute Mountain Ute Tribe, Ute Indian Tribe, and the Pueblo of Zuni. The coalition sought monument designation in order ensure their traditional uses, ancestral lands, and way of life would be protected for the future. The monument contains over 100,000 archaeological and cultural sites that, by any reasonable interpretation of the Antiquities Act, all qualify for protection. Like Grand Staircase Escalante, Bears Ears also contains spectacular land to hike, hunt, and fish, as well as important habitat for wildlife such as mountain lions, bighorn sheep, pronghorn, and peregrine falcons.

“The National Wildlife Federation stands shoulder-to-shoulder with the Hopi Tribe, Navajo Nation, Ute Mountain Ute Tribe, Ute Indian Tribe, and the Pueblo of Zuni in opposition to reducing the boundaries of sacred national monuments.  We urge the President to change course and support our tribal brothers and sisters. We encourage him to take a page from Roosevelt’s playbook and create a bold conservation legacy, one that would improve access for sportsmen and women while also restoring habitat and reversing the decline of our wildlife populations. The National Wildlife Federation remains committed to defending our national monuments and will fight this decision on behalf of public land owners around the country and our nation’s wildlife.”