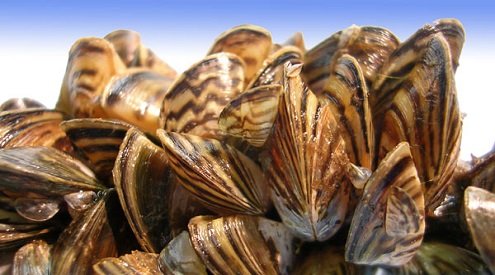 Michigan United Conservation Clubs and the National Wildlife Federation are urging Governor Snyder to veto a bill which threatens to allow additional aquatic invasive species into the Great Lakes. The Michigan Senate rushed passage of HB 5095 today, which removes protections against the introduction of aquatic invasive species stowing away in ballast tanks, and ignores the threat they pose to Michigan communities and our outdoor economy, heritage and values.

“Sea lampreys cost millions to control each year, and quagga and zebra mussels have wreaked havoc on municipal water intakes and shoreline tourism,” said Dan Eichinger, Executive Director of Michigan United Conservation Clubs. “We appreciate that Governor Snyder and the DEQ have spoken out against the legislation.  We are asking people to please call Governor's Snyder's office at 517-373-3400 to request a veto on HB 5095 when it reaches his desk.”

“The Great Lakes are too important to risk on rushing through legislation which abdicates Michigan’s role in protecting its own waters and communities from aquatic invasive species,” said Marc Smith, Great Lakes Conservation Director for the National Wildlife Federation. “We are disappointed that HB 5095, which would reduce Michigan-based aquatic invasive species protection, was rushed through the House and Senate.”

HB 5095 strips away the Department of Environmental Quality’s requirement that ocean-going vessels docking at Michigan ports demonstrate that they will not introduce aquatic invasive species into Michigan waters, or that they use environmentally sound technologies to prevent the transfer of aquatic invasive species if they discharge ballast water. Instead, HB 5095 would require only that ships follow inadequate Coast Guard standards for ballast water to obtain a permit. Moreover, the U.S. Coast Guard technologies are not currently installed on any ocean-going vessels until the ships next dry docking schedule, which could be 3-5 years out from now, thus leaving Michigan waters unprotected from new introductions of invasive species in the interim.

Governor Snyder and the Department of Environmental Quality have expressed opposition to the bill, which was sponsored by Representative Dan Lauwers (R-Brockway Township).