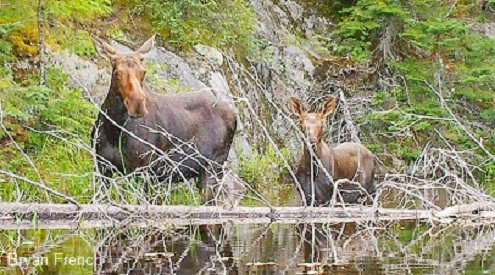 ST. PAUL, MINN.  – Today, the U.S. House of Representatives could vote to proceed on a bill which would allow a risky copper sulfide mine to operate within the watershed of Minnesota’s Boundary Waters Canoe Area Wilderness—a 1 million acre forest that is a wildlife haven frequented by paddlers, birdwatchers, anglers, hunters and wildlife enthusiasts.

“The Boundary Waters is one of America’s crown jewels—and it is simply too special to risk.  There are many places where mining can be done with minimal environmental impact—but the Boundary Waters is not one of them.  Preserving long-term value for the local economy, future generations, and wildlife far outweighs destructive short-term benefits of allowing sulfide mining in a landscape cherished by anglers, hunters, canoeists, and campers .” said Collin O’Mara, President & CEO of the National Wildlife Federation.

“H.R. 3905 subverts the scientific process supported by the public to protect their waters and public land,” said Jason Dinsmore, executive director for the Minnesota Conservation Federation. “The Boundary Waters Canoe Area Wilderness is one of the premier fishing destinations in the world and the communities of northeastern Minnesota are dependent on the clean water, fishing and outdoor recreation economy it provides.”

”MCF supports Minnesota’s iron ore mining heritage and the Minnesotans on the range who work hard to provide for themselves, their families, and the people of the state.  However, Congress must not subvert the review process.  Because of the mine’s location and the type of mining proposed, the people of Minnesota (on the range and otherwise) stand to lose too much if the mine’s environmental safeguards fail.”

Last December, the U.S. Forest Service and Interior Department rejected permits for the mine, citing its potential environmental impacts and public opposition, and placed a moratorium on future mine proposals in the area just outside the Boundary Waters, pending an environmental study. H.R. 3905, sponsored by Rep. Tom Emmer, R-Minn., would revoke the moratorium and reinstate the leases for the mine, as well as prohibit future presidents from designating national monuments in Minnesota without Congressional approval.

A 2016 poll of Minnesotans showed a 67% opposition to sulfide mining in the area around the Boundary Waters Canoe Area Wilderness (BWCA). In addition, over 45,000 members of the National Wildlife Federation have submitted comments supporting the environmental review of the potential impacts of copper mining near the BWCA.

The Boundary Waters Canoe Area Wilderness is one of the great, intact freshwater wetland complexes on the planet, encompassing over 1 million acres and providing a home to more than 230 animal species such as black bears, wolves, moose, bald eagles and loons—as well as endangered, threatened or protected species.