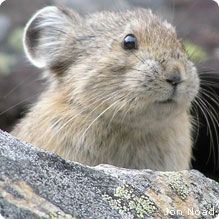 WASHINGTON – Efforts to bring public-lands management into the 21st century by ensuring more public input and timely consideration of the impacts on fish, wildlife and other resources, shouldn’t be derailed by congressional wrangling, a national sportsmen’s coalition said.

Members of the Sportsmen for Responsible Energy Development coalition called the House’s vote Tuesday to rescind the Bureau of Land Management’s Planning 2.0 initiative a major setback for thoughtful planning on our national public lands. The House used the rarely invoked Congressional Review Act to roll back improvements to a process that had not been upgraded for more than three decades.

The Senate is expected to vote next week on eliminating the rule. Under the provisions of the arcane law being used to undo Planning 2.0, the BLM couldn’t approve a new rule that would be substantially the same.

“A Congressional Review Act repeal of the BLM planning rule would eliminate Planning 2.0, revert BLM planning to an outdated and problematic planning process, and likely eliminate the BLM’s authority to revise its planning regulations ever again in the future,” says Joel Webster, Western lands director with the Theodore Roosevelt Conservation Partnership. “This aggressive path benefits no one. We urge Congress to take a different course and address remaining concerns by working collaboratively with the new Secretary of the Interior.”

Planning 2.0 is aimed at identifying potential conflicts and options for working them out early in the process so they can be resolved and everyone, including industry, will have more certainty regarding use and conservation of our public lands resources, says Suzanne O’Neill, executive director of the Colorado Wildlife Federation.

“The BLM has piloted some of the Planning 2.0 principles to develop a new oil and gas management plan in Colorado’s South Park, which is one of the region’s premier fishing, hunting and recreation areas. Hunters, anglers, landowners, elected officials and others have had more upfront involvement than in the past and cutting off the process before it barely has a chance to get going is the very example of a top-down edict from Washington that lawmakers are always criticizing,” O’Neill adds.

“After two-and-half years of development, including public meetings, webinars, a public comment period extension, two congressional hearings, input from a broad spectrum of the public, and numerous revisions, the BLM issued the Planning 2.0 rule to improve the management of public lands. Yet it only took Congress a month to start meddling with the new rule,” says Corey Fisher, senior policy director for Trout Unlimited’s Sportsmen Conservation Project. “Hunters and anglers are committed to working with the agency and other public land stakeholders to make sure that rule is implemented fairly and works for all parties, but repealing the rule is heavy handed and unnecessary, in our view.”