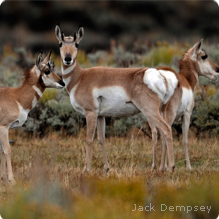 Washington, D.C. – Now that Mr. Zinke has been confirmed as Interior Secretary, he is responsible for overseeing roughly 70,000 employees across nine technical bureaus, which collectively manage more than 600 million acres of land. The National Wildlife Federation looks forward to working with Secretary Zinke to help protect America’s public lands, which millions of Americans visit daily for hiking, fishing, hunting, and other recreation activities, and to help conserve and restore the wildlife and habitat on these lands.
Collin O’Mara, president and CEO of the National Wildlife Federation, said today:

“During his tenure as a Congressman for the state of Montana, Mr. Zinke defended public lands and voted in support of important conservation measures, such as the Land and Water Conservation Fund and State Wildlife Grants. As the Secretary of the Interior, we look forward to working with Mr. Zinke to help him fulfill his pledge to uphold the conservation spirit of Theodore Roosevelt by opposing the sell-off, transfer, or roll-back of America’s public lands.

“The hunters, anglers, hikers, wildlife watchers, and paddlers of the National Wildlife Federation cherish our nation’s public lands heritage and want our lands managed using the best available science. What’s more, sufficient funding and appropriate attention and investment must be directed to restoring important wildlife habitat, expanding access, improving land management, and repair critical infrastructure on these public lands that sustain a large portion of America’s $646 billion outdoor economy. We also are committed to working together to connect tens of millions of children to nature and our outdoor heritage. We look forward to working with Sec. Zinke on these important issues as the National Wildlife Federation strives to protect and conserve America’s public lands and wildlife habitat — both for today, and for future generations.

“We look forward to working with the Secretary to conserve thousands of at-risk wildlife species through new partnerships and investment in proactive, collaborative recovery efforts that prevent the need for listing species under the Endangered Species Act. This includes continuing to make progress on the collaborative sage-grouse land use management plans that have repeatedly been under attack since their release.

“We will stand together in defending and improving the management of our public lands, which serve as the foundation of our $646 billion outdoor economy, sustaining 6.1 million jobs, with 72% of Americans in the West viewing public lands as important to the economy (the National Park System alone attracts 300 million visitors annually, spending nearly $17 billion in nearby communities). The answer is not selling the land to private interests or transferring land to the states, which will only result in the elimination of public access, the destruction of wildlife habitat, and the degradation of America’s unique public lands system. The solution is improving their management through collaborative and science-based planning processes and addressing the growing maintenance and restoration backlog afflicting our National Parks, National Wildlife Refuges, and BLM lands. Further, we look forward to working together to improve and reauthorize the Land and Water Conservation Fund, which expires in 2018.

“We anticipate there will be instances where we disagree. Sec. Zinke will face incredible pressure to expand energy development and it will be important that he stand up to conserve important wildlife habitat and support hunting, fishing, and outdoor recreation interests. He’ll have to defend the Antiquities Act, which since it was first used by Theodore Roosevelt, has protected world-class hunting, fishing, and cultural sites. Efforts to reform coal leasing must include a fair return for taxpayers and sufficient resources to reclaim degraded lands.

“Through all of these efforts, we are committed to working with Sec. Zinke to engage local communities, to find solutions that are supported by sound science, to reflect America’s conservation values, and to benefit local economies.”