New Report: 7 Years After Deepwater Horizon, How Should We Spend Restoration Funds? 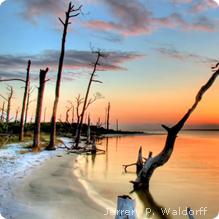 A total of $16B available for ecosystem restoration from spill fines

50 restoration projects in all 5 states recommended

New Orleans – Today, the National Wildlife Federation released a report describing 50 projects that would make a difference in the overall health of the Gulf of Mexico.

Making the Most of Restoration: Priorities for a Recovering Gulf takes a broad look at restoration efforts that would benefit all five Gulf Coast states—Texas, Louisiana, Mississippi, Alabama and Florida. The recommendations emphasize restoring the places where rivers flow into the Gulf of Mexico, such as the Mississippi River Delta, which are important nursery grounds for many species of marine life.

"Right now, we have the possibility of creating a more resilient Gulf—full of fish, turtles, dolphins and birds—that will benefit the coast and its residents for generations to come,” said Collin O’Mara, President and CEO of the National Wildlife Federation. “We can make the most of this unprecedented opportunity by ensuring that local residents and state and federal decision-makers work together to strategically invest settlement dollars in the highest priority projects.”

Funds from BP’s 2016 settlement become available for the first time this month. These funds—which are made available to the states by the RESTORE Act and the Oil Pollution Act—will be paid out annually through 2031. The National Wildlife Federation calculates that, in total, more than $16 billion will be available for ecological restoration in the Gulf from all the various Deepwater Horizon fines and penalties.

“Now is the time to put science into action for the Gulf’s benefit," said Ryan Fikes, staff scientist for the National Wildlife Federation’s Gulf of Mexico Restoration Program. “Restoration decisions must be rooted in science in order to address the most critical stressors in each region. By focusing on projects that work together to benefit the Gulf, we can maximize the restoration bang for the buck and move the needle towards Gulf recovery.”

The report’s 50 projects are grouped into six categories:

Hydrologic Restoration – Over the past hundred years, most of the major rivers that flow into the Gulf of Mexico have been significantly altered, for example, dammed, leveed or channelized. Restoring more natural patterns of water flow to estuaries is important for the success of other restoration projects, such as oyster reef and marsh creation projects.
Restoring Sediment– The Mississippi River is straitjacketed by levees from the Midwest to the bottom of Louisiana’s boot toe. Sediment that once fed Louisiana’s coastal wetlands and barrier islands is now sent into the Gulf of Mexico. Louisiana’s wetlands and marshes are disappearing rapidly, in part because they are starved of the river’s sediment and fresh water.
Coastal Wetlands – Wetlands play a critical role in the Gulf ecosystem—providing habitat, filtering pollutants, stabilizing shorelines, and providing protection from storms. Wetlands also support the seafood and recreational fishing industries.
Oyster Reefs – Oyster reefs have many ecological benefits: they improve water quality, protect shorelines from storms and provide important habitat for many economically important species of fish and shellfish. Oyster reefs have declined dramatically across the Gulf for a multitude of reasons, including overharvesting, dredging, and changes in the quality, quantity and timing of fresh water flowing into estuaries.
Habitat Protection – The vast majority of the Gulf’s coastal lands are in private hands, including key habitats for fish and waterfowl. Working with willing sellers to protect key parcels of coastal lands in perpetuity would benefit Gulf recovery efforts.
Barrier Islands – Barrier islands are important wildlife and shorebird habitats, serve as a first line of defense against storms and protect wetlands and other estuarine habitats. However, many of the Gulf’s barrier islands are eroding rapidly, particularly in the Mississippi River Delta.
“With these funds we are embarking on the largest restoration effort in U.S. history, and we have been handed the means to make a difference at an unprecedented scale, said David Muth, director of the National Wildlife Federation's Gulf Restoration Program. “The Gulf’s estuaries are already stressed and the situation will only worsen as the climate changes and sea level rises. We need to choose projects now that adequately address both known current and projected future threats.”

LISTEN TO THE PRESS CONFERENCE: Download audio of the press conference here