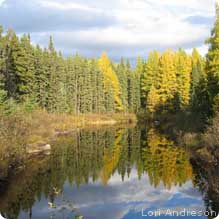 WASHINGTON, DC (April 24, 2017) - In an 87-11 vote, the U.S. Senate has officially confirmed Sonny Perdue, the former governor of Georgia and an avid sportsman, to lead the U.S. Department of Agriculture, where he’ll oversee land and water conservation on private lands and operation of the U.S. Forest Service. Hunters and anglers are optimistic that Perdue is up to the task of serving our rural communities and our natural resources well.

Perhaps most importantly, Perdue will contribute to the debate around the 2018 Farm Bill, the legislative vehicle that drives approximately $5 billion in annual conservation spending on private lands. Voluntary, incentive-based programs authorized by past farm bills have been widely successful, helping to prevent the Endangered Species Act listing of the greater sage grouse and contributing to cleaner waters in the Chesapeake Bay.

"We are eager to begin working with Secretary Perdue to implement good conservation programs on working farms and ranches,” says Dr. Frank Rohwer, president and chief scientist at Delta Waterfowl. “The next farm bill will provide great opportunities to come up with solutions that work well for our nation’s producers, sportsmen, waterfowl, and other wildlife."

Besides the Forest Service, Perdue will direct many of the other federal agencies with a major role in conservation, including the Natural Resources Conservation Service and Farm Service Agency. Almost immediately, Perdue will need to defend his department’s budget and staff against cuts from congressional appropriators.

“With record demand from agricultural producers for the technical assistance and financial certainty that USDA programs offer, Secretary Perdue already has his work cut out for him, but sportsmen and women are also depending on his leadership in rural counties that are economically reliant on outdoor recreation, like hunting and fishing, that gets a boost from habitat improvements on private lands,” says Whit Fosburgh, president and CEO of the Theodore Roosevelt Conservation Partnership, which came out in support of Perdue early on.

"These programs cannot survive proposed budget cuts, especially when critical functions at the USDA, including wildfire suppression in national forests and conservation planning assistance for landowners, are already chronically short on funding,” says Fosburgh. “Sportsmen and women call on Secretary Perdue to strongly defend the USDA against budget cuts and support long-term, practical investments in natural resources management on public and private lands.”