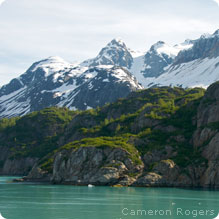 Washington, D.C. — The Trump administration reportedly is considering withdrawing from the Paris Agreement, an agreement between over 190 nations to act on climate change and keep global temperatures at levels that scientists have indicated will avert the most catastrophic impacts for our communities, wildlife, and wild places. Under this agreement, the U.S. committed to reducing domestic greenhouse gas emissions between 26-28 percent below 2005 levels by 2025.

“The United States simply cannot be a global leader, if we abandon the community of nations on the most pressing conservation challenge facing our planet.  Pulling out of the Paris Agreement would leave the United States as one of just three countries outside the accord, alongside Syria and Nicaragua. Climate scientists are already warning of more extreme weather events and several feet of sea level rise in the lifetime of our children — risks that will only worsen with America abdicating our responsibilities on climate action.

“In addition to the scientific imperative for action, withdrawing from the Paris Agreement is also bad for the U.S. economy. America’s clean energy sector is one of the fastest growing segments of our economy, supporting hundreds of thousands of jobs and attracting hundreds of billions of dollars of private investment. We cannot afford to cede the innovation, manufacturing, and construction jobs in the clean energy economy to China and other nations.

“As the world’s largest historic carbon emitter and currently second in per person carbon emissions, we have a responsibility to help solve the problem. We urge the Administration to work with Congress to find bipartisan, science-based, market-driven climate solutions that unleash American innovation in the global clean energy market to protect wildlife and grow our economy.”

The National Wildlife Federation and 20 state and territorial affiliates sent a letter today to President Trump, Secretary of State Rex Tillerson and Environmental Protection Agency Administrator Scott Pruitt urging that the U.S. remain in the Paris Agreement. It reads in part:

Climate change presents one of the most significant threats to wildlife, habitat, and the economies that rely on healthy natural resources. If cooperative international action is not taken to reduce carbon emissions at the pace and scale needed, wildlife will suffer greatly from severe droughts, flooding, loss and shifting of habitat and migratory corridors, sea level rise, ocean acidification, loss of snowpack, increased wildfires, and other severe impacts. The result will be the loss and diminishment of wildlife such as trout in our streams and moose in our northern forests. Addressing this issue is urgent. Science is clear that we have a limited window to reduce emissions before impacts become severe.

Sportswomen and sportsmen, birders and hikers, and the hundreds of local business owners who have built their livelihoods around the outdoors have a vested interest in ensuring our natural resources are properly managed and conserved. The threat of climate change is one of the most complex and daunting challenges the international community has ever faced, and it has taken decades of effort from around the world to achieve consensus and reach this first comprehensive agreement to limit global carbon pollution. […]

As the impacts of climate change become more apparent and costly, America must step up, not step back. So that future generations can enjoy the same robust natural resources we treasure, we urge this administration to protect our wildlife, communities, and economic future by remaining in the Paris Agreement and honoring America’s commitments.

The Paris Agreement falls under the UN Framework Convention on Climate Change (UNFCCC), which President George H.W. Bush joined in 1992, following Senate ratification. The Paris Agreement asked nations to come up with plans to reduce their carbon pollution to levels that would prevent global temperatures from rising no more than 2 degrees Celsius in order to avoid catastrophic impacts. Ideally, the agreement would prevent global temperatures from increasing more than 1.5 degrees Celsius, which scientists believe is even safer. Under the terms of the Paris Agreement, it would take four years for a full withdrawal to go into effect, however the Trump administration can choose to take no actions to comply during that time, effectively abandoning our commitment to the rest of the world and our own citizens. The Trump administration has already announced intentions to attempt to pull back from many of the measures the U.S. had put into place in order to meet this target, though those efforts face many legal challenges.