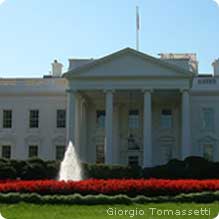 Recommendations were sent to the White House that could set a terrible precedent, threatening the future of our public-lands heritage

WASHINGTON, D.C. – Today, an unprecedented national monuments review that completely lacked transparency, followed no clear process, and that no one asked for resulted in recommendations being sent to the White House that could set a terrible precedent, threatening the future of our public-lands heritage by opening the door to shrinking or carving up some of the country’s most natural landscapes and ocean areas.

Collin O’Mara, the National Wildlife Federation’s president and CEO, said of the review of 27 national monuments established under the Antiquities Act:

“In response to the Trump Administration’s unprecedented review of 27 National Monuments, nearly three million conservation voices — hunters, anglers, hikers, campers, wildlife watchers, paddlers, and small business owners from every local community with a monument under review and all across America — spoke out and supported maintaining current boundaries, improving management, expanding recreational access, and investing in habitat restoration. These hardworking Americans clearly asked the Administration not to remove protections from some of the most amazing natural, recreational, and cultural resources across our nation.

“Despite millions of comments requesting no boundary changes and most comments of concern requesting management improvements, the Department of Interior nonetheless recommended that the White House reduce the size of multiple monuments. If enacted, these changes would deviate from more than half a century of bipartisan respect for the conservation actions of previous presidents (these would be first boundary adjustments since 1963) and would dwarf the handful of reductions made between 1911 and 1963. Further, if hunting and fishing opportunities are decreased as a result of these actions or to allow more drilling and mining, the President would be breaking his campaign promises to ‘conserve and protect our beautiful natural resources for the next generation, including protecting lands for anglers and hunters and all of those who enjoy the outdoors.’

“The National Wildlife Federation strongly believes that the Administration should be focused upon advancing collaborative conservation, improving management, increasing wildlife populations, and expanding recreational access — and urges all Americans to contact their Federal representatives and the White House to encourage them to focus on these priorities, rather than reducing National Monument boundaries.”

"When it comes to National Monuments American sportsmen and women, and all enthusiasts of the outdoors and open spaces, need to think long term. Right now, it is easy to put up partisan walls to defeat complex ideas. But in 50, 100, or 200 years, when our populations have multiplied and development is filling the map, our descendants will thank us for having the foresight to set aside open spaces for them where traditional uses and natural processes can play out. National Monuments will serve as a tether to the past, providing future generations the same experiences we had to pursue wild country."

“Secretary Zinke previously said that the Upper Missouri River Breaks National Monument would be safe, but his plan to shut down parts of other national monuments sets a precedent that will forever leave our Breaks and other national monuments vulnerable. This move imperils the public access to public land that is so important to Montana hunters and anglers. This stands against everything that Theodore Roosevelt fought so hard to protect.”

“HECHO (Hispanics Enjoying Camping, Hunting and the Outdoors) is proud of our centuries-old tradition as stewards of public lands. National monuments protect these special places and cultural heritage so that future generations can experience them. National monuments are testaments to our nation’s diverse heritage, recreational resources unparalleled in beauty, and economic engines for local communities. They are an invaluable public treasure. Any attempts to revoke or diminish these monuments undermines our history, our culture, and the essence of our democracy.”

“Removing designation of national monuments is a precedent that should not be set by any politician. These lands and waters were determined sacred to protect them, the flora and fauna found there, and allow the American public opportunities to explore these spectacular areas. I have visited many of these monuments to fish and create memories and find them incredible places that deserve protection. Setting this precedent abolishes the power of those who served before and creates a slippery slope on reneging on legacy and tradition, let alone taking away public lands from every American.”