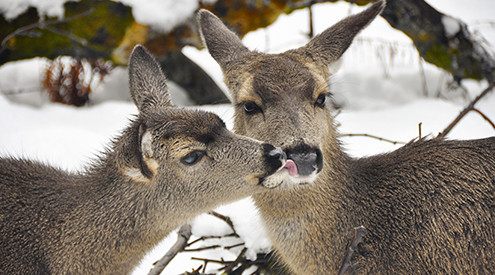 DENVER – The oil and gas leasing reforms approved in 2010 that were intended to restore balance to the use of our national public lands and ensure that wildlife, air and water quality were safeguarded have been thrown out by an administration that isn’t listening to what local communities want.

Tracy Stone-Manning, the National Wildlife Federation’s associate vice president for public lands, said Thursday that the Bureau of Land Management’s decision to rescind improvements to the planning and leasing process for oil and gas drilling on public lands is a major mistake and the Federation will continue to push for smart-from-the-start planning and meaningful public involvement.

“Not only is the administration rolling back safeguards for fish and wildlife and other natural resources, it’s also making it harder for Americans to weigh in on decisions about their own public lands by decreasing opportunities for input,” Stone-Manning said. “The headlong rush to prioritize energy development above all other uses is nothing but a giveaway to the oil and gas industry. It’s bad for wildlife, bad for public lands and bad for future generations.”

"Colorado sportsmen and women, county commissioners and local businesses have been key in developing common-sense plans for future energy development. The administration is doing away with the tools that we’ve been successfully using to head off some of the on-the-ground impacts we’ve seen in Colorado, including declining mule deer populations,” said Suzanne O’Neill the Colorado Wildlife Federation’s executive director. “We will continue to work with the BLM to ensure that water and wildlife resources are carefully considered before any drilling takes place in important fish and wildlife habitat.”

“In Wyoming, we strive to work together in a collaborative fashion. We are so disappointed to learn that the Interior Department has done away with common-sense planning that gave Wyomingites more opportunities to have their voices heard about the lands they hunt, fish and recreate on,” said Dwayne Meadows, the Wyoming Wildlife Federation’s executive director. “Being strategic about how we lease and develop crucial habitats could have avoided the loss of mule deer herds on the Pinedale Anticline in northwest Wyoming. The herds have not rebounded, years after drilling first began there.”