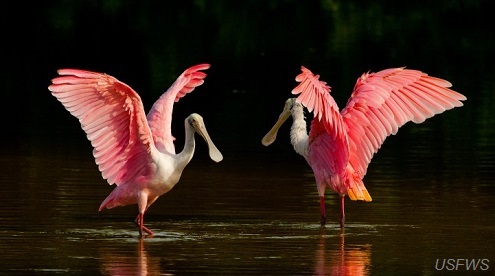 Upon announcement of the deal, Collin O’Mara, president and chief executive officer of the National Wildlife Federation, said:

“The National Wildlife Federation applauds Congressional leadership for reaching a budget agreement that will allow for additional funding for key conservation priorities for wildlife conservation, restoring waterways, improving air quality, and making habitat more resilient. While we expect to have to defend against anti-environmental budget riders over the next several weeks, we are optimistic that the final budget will have the highest level of conservation funding in years.

"The National Wildlife Federation is also grateful to Congress for prioritizing disaster relief in the current agreement. The people of Puerto Rico, Virgin Islands, and the Gulf Coast have waited long enough — and we urge Congress to help local communities prioritize natural defenses that will make communities more resilient to future extreme weather events.

"Unfortunately, Congress missed two huge opportunities to make communities safer and improve the health of our natural resources. Following the second worse fire season of all time, in which more than 10 million acres burned, Congress failed yet again to reach agreement on addressing the escalating wildfire crisis. This is simply unacceptable following this year’s devastation in California and Montana — and the drought and fire projections for 2018 will only be exacerbated with this year’s projected drought conditions. While both sides offered concessions in trying to achieve a compromise, it is imperative that House Republicans offer a funding fix as part of the March budget. Further, both parties punted on reauthorizing and reforming the National Flood Insurance Program, which will continue to subsidize putting Americans in harm’s way and degrading critical coastal and riverside habitat, while costing taxpayers tens of billions of dollars. Both of these issues must be prioritized between now and March 23rd.”